A mock-up of Theresa May's confidence vote is brilliant - Canary 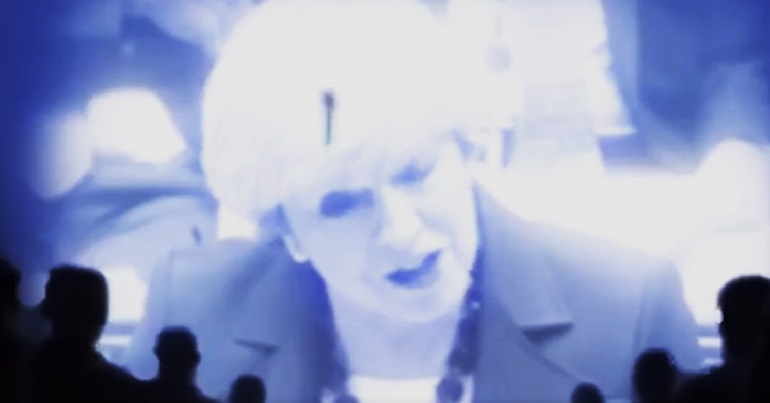 A spoof video of what could happen at Theresa May’s confidence vote on Wednesday 12 December is 56 seconds of pure genius.

Ealing Labour for Corbyn (EL4C) is well known for its video shorts. It was responsible for Labour’s TV broadcast Our Town; an inspired film about how the party hopes to transform the UK. But now, EL4C has May’s current chaos in its sights.

The week didn’t start well for the PM, with her Brexit deal swinging from crisis to crisis. But it appears things have now come to a head in the Conservative Party. May will face a confidence vote from her own party. It comes after the 1922 committee got the required 48 letters from her own MPs, saying they wanted a vote. The anger in the party is because of her Brexit deal, which has proved unpopular with just about everyone.

But on Wednesday, May was defiant, saying:

I will contest that vote with everything I have got…

A leadership election would not change the fundamentals of the negotiation or the Parliamentary arithmetic.

But as writer Liam Young pointed out, win or lose the vote, it’s not looking good for the Tories:

Two options for tonight’s #NoConfidence vote in May:

📌She wins: gets locked in for a year, no change to withdrawal agreement, so what do DUP do? Election likely.
📌She loses: No-deal Brexiteer takes her place, no support for that in parliament. Election likely.

So, EL4C has decided to mock up what it thinks will happen at Wednesday night’s vote. But given the background to the sample video it used, it’s totally appropriate:

As Campaign Live reported, the original video was Apple’s advert for the 1984 US Superbowl. Directed by Ridley Scott, it got fairly obvious inspiration from George Orwell’s novel 1984. Because as Campaign Live said:

Set in an Orwellian future, the spot showed a giant screen broadcasting propaganda from a Big Brother-like figure being smashed by a hammerwielding woman (the English athlete Anya Major) in front of disbelieving minions.

Rather apt for ‘weak and wobbly’ May.

Curtains for the Maybot?

People have repeatedly accused her of being the “Maybot“: a soulless, robotic PM spouting tired, monotonous propaganda to the masses to try and keep them quiet. But maybe not for much longer.

So after months of speculation and chaos, 12 December is finally judgement day for the PM. Will May fall? Or will she hang on by the skin of her teeth? One thing’s for certain: the chaos in the UK looks set to continue for quite a while yet.