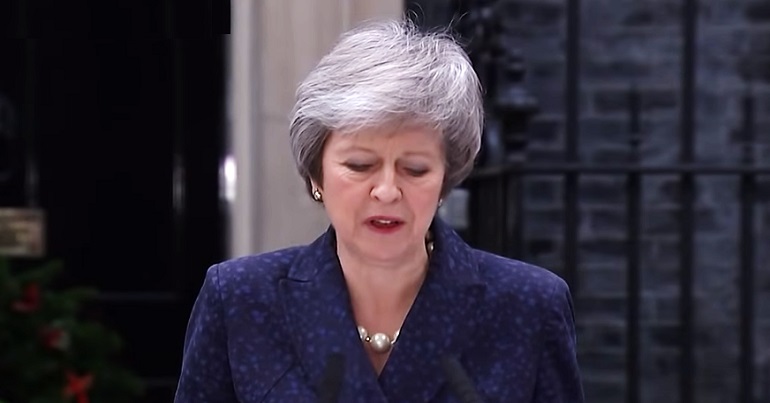 The Conservative Party is in chaos, with Theresa May on the ropes. But one opinion poll has effectively fanned the flames.

On Wednesday 12 December, the Conservative Party revealed it was having a confidence vote in May. The 1922 committee has got the 48 letters asking for a vote it required to trigger the ballot. The vote comes amid the unrest surrounding May’s Brexit deal with the EU. But it has been brewing for some time.

May could be toppled if a simple majority [158] of Conservative lawmakers [MPs] vote against her, though a significant rebellion could also undermine her position. However, at least 174 of her 315 lawmakers had indicated public support for her by 1420 GMT.

But if May does go, it’s already not looking good for her replacement.

Approval ratings for next PM:

(Source: YouGov. Yes, they are all minuses.)

Oh dear. Meanwhile, the latest odds on the next Conservative leader (as of 11am on 12 December) have Boris Johnson out in front. Don’t all scream at once:

But who out of these ‘runners and riders’ could actually be the next PM if May gets toppled?

Boris Johnson has always been critical of May’s Brexit stance. As the Metro reported, he’s refused to rule out standing against May. Meanwhile, ITV News says former Brexit secretary Dominic Raab has a “good relationship” with the EU’s chief negotiator.

Then we have Sajid Javid, He has already tweeted his support for May:

The last thing our country needs right now is a Conservative Party leadership election. Will be seen as self-indulgent and wrong. PM has my full support and is best person to ensure we leave EU on 29 March

But that doesn’t mean he won’t betray her in a secret ballot. As the Express reported, he’s apparently already been ‘plotting’ a leadership bid.

Michael Gove has also tweeted his support for May:

I am backing the Prime Minister 100% – and I urge every Conservative MP to do the same. She is battling hard for our country and no one is better placed to ensure we deliver on the British people’s decision to leave the EU.

As has Amber Rudd:

The PM has my full support. At this critical time we need to support and work with the PM to deliver on leaving the EU, & our domestic agenda – ambitious for improvements to people’s lives & to build on growth of wages & jobs.

So odds on is Johnson, although if Javid becomes a turncoat then anything is possible. And all the while in the background you have Jacob Rees-Mogg laughing his head off.

But while the Conservative Party has quite a few potential candidates to choose from, none of them is popular with the public. So, the Tories are effectively picking if they’d prefer sickness or diarrhoea – because none of the outcomes of the confidence vote looks healthy for them.