BREAKING: Theresa May wins the Tory confidence vote, but her position is fragile - Canary 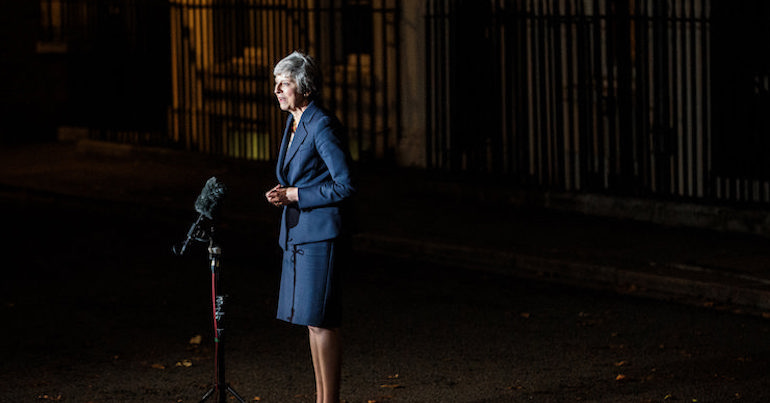 On 12 December, Conservative MPs cast votes in a secret ballot between 6pm and 8pm to decide Theresa May’s fate as prime minister. The results are now in. While 200 proclaimed their confidence in May, 117 voted against her. She remains in power, but claimed she will step down as leader before the fixed-term general election in 2022. And although she won, the fact still remains that over a third of her party voted against her.

Throughout the day, 184 Tory MPs publicly stated that they would support May. But because the ballot is secret, it remained unclear if they would hold their word on this. The vote had a 100% turnout from Conservative MPs.

Opposition to May’s leadership and handling of the Brexit deal has been constant throughout the day. At prime minister’s questions earlier in the day, Labour leader Jeremy Corbyn said:

Whatever happens with her Conservative leadership vote today, it is utterly irrelevant to the lives of people across our country. It does nothing to solve the government’s inability to get a deal that works for the whole country.

Meanwhile, Labour’s Barry Gardiner insisted that “we need a change of government and not simply a change of leader”.

After the vote, Corbyn said:

The prime minister has lost her majority in parliament, her government is in chaos and she is unable to deliver a Brexit deal that works for the country and puts jobs and the economy first. That’s why she pulled the vote on her botched Brexit deal this week and is trying to avoid bringing it back to parliament… Labour is ready to govern for the whole country and deliver a deal that protects living standards and workers’ rights.

Having won this vote, May’s leadership can’t be challenged again for 12 months. But she still has to get her Brexit deal voted through the Commons. And immediately following the vote, Conservative backbencher Jacob Rees-Mogg was already insisting that she should still resign, stressing:

She clearly does not have the confidence of the House of Commons and should make way for someone who does.

As the BBC‘s Laura Kuenssberg noted, May won the confidence vote, but it was not “at all comfortable for the PM”.