A historian holds Britain to account for millions of deaths in a rare interview. You won't see this on the BBC. - The Canary 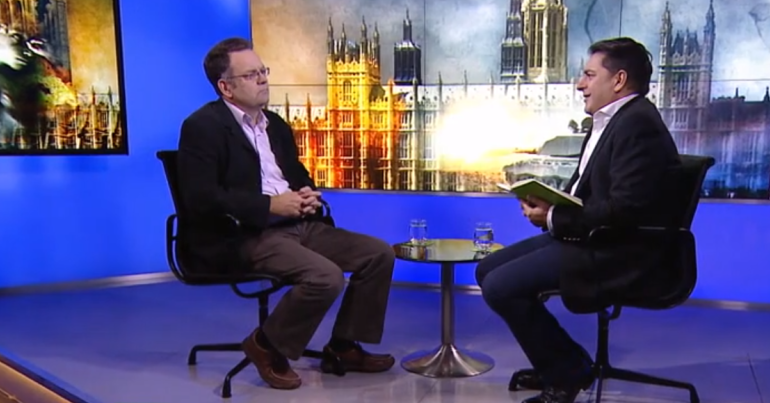 In a rare and damning interview, historian and UK foreign policy analyst Mark Curtis asserted that the British state has been complicit or responsible for the deaths of around 10 million people since World War II. The interview spans across various cases of post-war British foreign policy, from Libya to Vietnam and from Yemen to Indonesia. And it’s definitely not the kind of analysis you’ll find on the BBC.

The establishment media as a propaganda tool

To many people, the figure of 10 million deaths might appear outrageous, or at the very least bloated. But if it’s true, at least British foreign policy has been consistently well-intentioned, right? Well, not quite – even if that basically sums up the range of acceptable debate on UK foreign policy. Because when evidence of the devastation of British intervention becomes unavoidable, the debate almost always shifts to its allegedly benevolent goals.

In this context, is it any wonder that, as a 2014 YouGov poll showed, “by three to one, British people think the British Empire is something to be proud of rather than ashamed of”? This is less the fault of the British public than its establishment media, which seems wilfully blind on issues that shame the British state. And no area of British politics should shame the state more than its record on foreign policy.

This propaganda by omission continues today. Because Britain is complicit in exacerbating two of the world’s biggest humanitarian catastrophes, in Yemen and Palestine. When the establishment media mentions these conflicts, Britain’s role remains near-comprehensively absent. As such, the myth of Britain as a benign or positive global power becomes self-reproducing.

“The call has never come” from the BBC

According to Australian journalist John Pilger in the foreword to Curtis’s Web of Deceit, “I know of no other historian who has mined British foreign policy files as devastatingly” as Curtis. And in the words of MP Caroline Lucas, Curtis:

relentlessly peels away layers of deception until, with the aid of painstaking research and analysis of declassified files, he lays bare in graphic detail a shocking exposé of British aggression and double-standards.

But that’s apparently not welcome at the BBC. As Curtis tweeted after the interview:

I did an interview with RT’s Going Underground yesterday on UK foreign policy since 1945, to broadcast Monday. Why? I’ve waited since 1989 when I was at Chatham House to be interviewed by BBC; the call has never come. So I gave my first interview to RT. (PS. I don’t love Putin).

Point of BBC is to keep people like me off it. The top 20 UK foreign policy analysts I could name basically never appear. Most interviewees are from state-funded establishment 'think tanks' described as independent. Some are allowed to (mildly) criticise govt – but not the state https://t.co/dTxVUnuIGL

If Number Ten is not careful it could soon look like the BBC has become the state broadcaster. https://t.co/HA98ztoCuv

Crick, perhaps unknowingly, surmised the very nature of the BBC: the ‘state broadcaster’.

When it comes to reporting on foreign policy, the truth is often a matter of life and death. And if the establishment media continues to deny analysts like Curtis a platform, the only choice remaining – in order to share important information with the population – is to find new platforms.