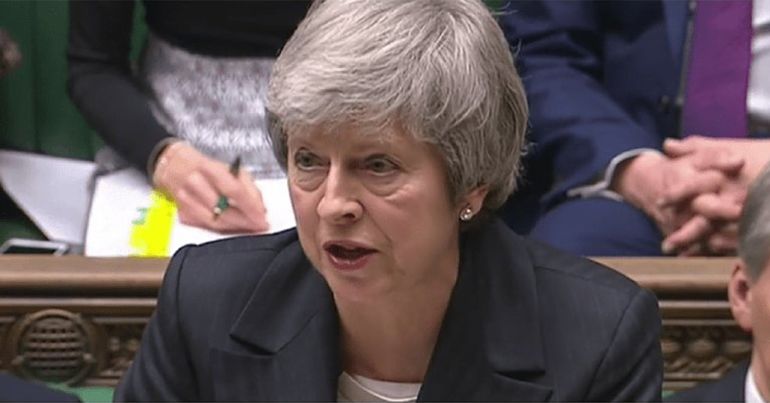 Theresa May has been accused of ignoring a rape allegation against Charlie Elphicke and reinstated the senior Conservative MP just before her crunch confidence vote.

The prime minister also stands accused of ignoring the 2,000 sexual texts Andrew Griffiths sent to two of his constituents and reinstated that MP too.

In a tweet, former government whip Elphicke said “I remain as confident as I always have been of clearing my name”.

Although Griffiths was reportedly likely to voted for May and Elphicke against, the MPs seem to be reinstated for the “foreseeable future”:

Been told the whip for Charlie Elphicke and Andrew Griffiths has been restored for the foreseeable future. They are no longer suspended. Right. https://t.co/uIGysI8Rzq

This could also benefit May in any future vote.

Many commentators have accused the prime minister of sidelining serious sexual misconduct in an attempt to shore up her own support:

Smacks of panic when Theresa May restores the whip to a couple of suspended Tory MPs, Charlie Elphicke and Andrew Griffiths, in the hope they'll vote for her. Power over principle

Charlie Elphicke is being investigated for an alleged rape of a female former staffer.@theresa_may once called herself a feminist. After disgusting self-serving tricks like this, she ought to be calling herself unemployed. https://t.co/4MY66l7laY

Bloody hell. Charlie Elphicke, suspended from the Conservative Party in November 2017, after he was accused of sex offences against two members of his staff, also given a vote tonight. He's apparently under police investigation.

Its absolutely shameful that without the investigations being concluded and disciplinary hearings held that the whip has been restored to Andrew Griffiths and Charlie Elphicke just because Theresa May’s back is against the wall. What sort of message does it send out? Disgraceful

May is hanging by a thread

May won the vote of confidence by 200 to 117 – a result that the flagship Conservative Party analysis website said would be “problematic” and make it “harder to assert legitimacy”. In an attempt to maintain power, May has now been “absolutely explicit” that she won’t lead the party into the next election.

In 2016, Labour leader Jeremy Corbyn overwhelmingly lost a confidence vote from his MPs. But the vote was regarded as illegitimate. Mainly because hundreds of thousands of Labour members had only just elected Corbyn on the biggest landslide of any political leader in UK history. And the party members responded to the coup attempt by re-electing Corbyn with an even bigger mandate. This despite the former right-wing Labour ruling executive committee ‘rigging‘ the election.

There is no majority for any form of Brexit in the Commons – especially for May’s deal. The fact that May reinstated a Tory MP accused of rape and another accused of misconduct highlights how weak and morally depraved she really is.

The only way to solve the Brexit deadlock is through a general election.