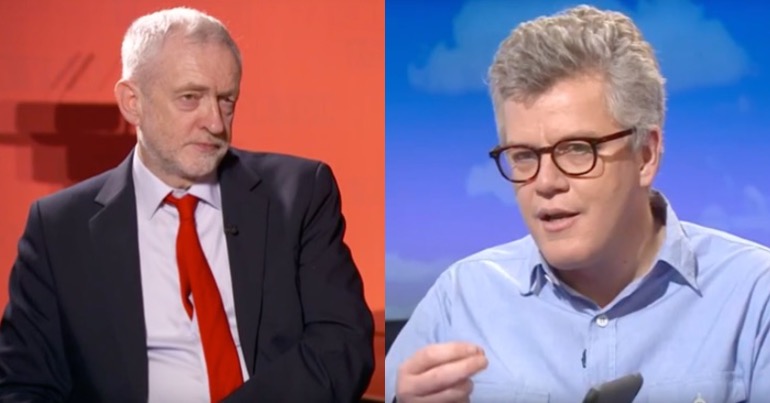 No fan of Corbyn

Maugham’s normally critical views on Corbyn make his revelations all the more damning. He’s a prominent anti-Brexit campaigner and a scathing critic of the Labour Party leader’s performance on the issue:

History of the BBC bias claim

But despite his normally fierce criticism of Corbyn, Maugham made claims about an anti-Corbyn BBC  bias as far back as 18 March.

He tweeted the following: 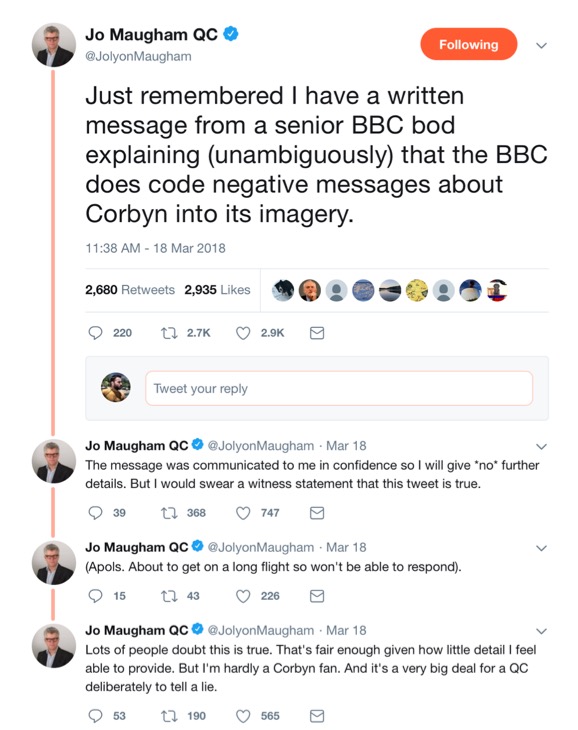 He also fleshed out his claims further in a blog which is well worth reading in full below: 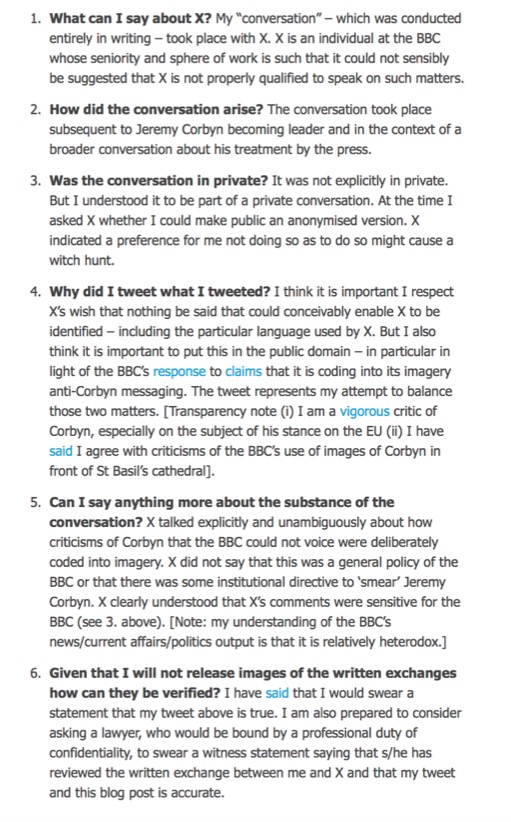 The story comes back from the dead

At the time, the claims were largely ignored, with the exception of some on Twitter. But this wasn’t the end of the story. Maugham now claims that the BBC‘s editor for live political programmes, Rob Burley, trolled him for his earlier claims and suggested he made them up. Because of this, Maugham has now released the private messages received from the “senior BBC bod” discussing Corbyn back in 2016:

Here are those messages. 2/3 pic.twitter.com/PRSKOQCvTy

The way Corbyn is spoken of in the messages is shocking. They give a revealing insight into the contemptuous mentality some at the BBC clearly have regarding the leader of the opposition: 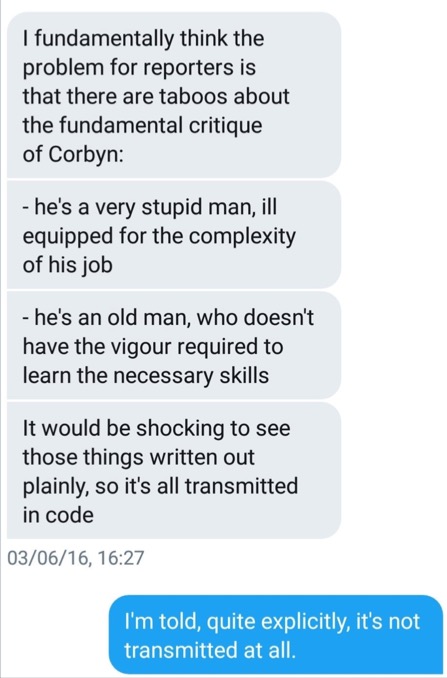 And the anonymous “senior BBC journalist” then describes the message which the visual portrayal of Corbyn transmits to viewers: 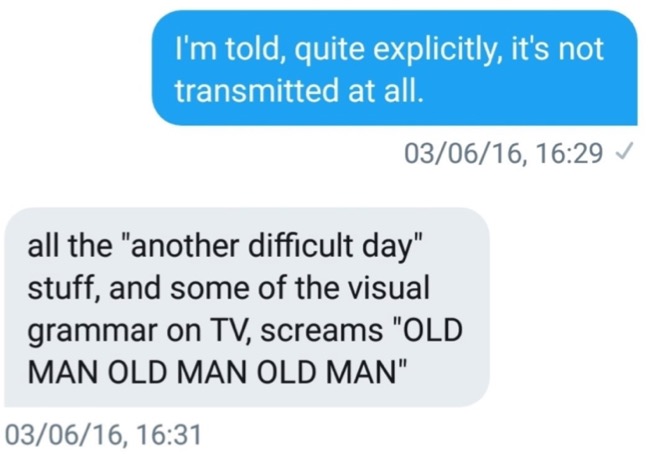 On the grounds of confidentiality, Maugham refuses to release the name of the BBC journalist who made the comments. Instead he’s challenged BBC editor Rob Burley to mutually consent to having the comments verified by a senior lawyer:

I will not publicly release the name of that senior journalist. But I will mutually agree with @robburl the name of a senior lawyer who I will show the messages to and who will certify that the journalist is an important figure in BBC News.

Maugham has gone further still and suggested this could be a matter for media regulators:

The Canary contacted the BBC for a response to these revelations. A spokesperson told us that:

These anonymous messages from 2016 don’t set out the BBC’s position now or at any time in the past, nor do they appear to say what is being suggested, so we don’t have anything more to say about them.

A refreshing display of principle

During such divisive political times, it’s refreshing to see someone so critical of Corbyn take a principled stance against the apparent bias of the public broadcaster.

This is a huge scandal and the BBC needs to give answers NOW.