No matter what happens, the Tories are set to party tonight - Canary Workers’ Co-op 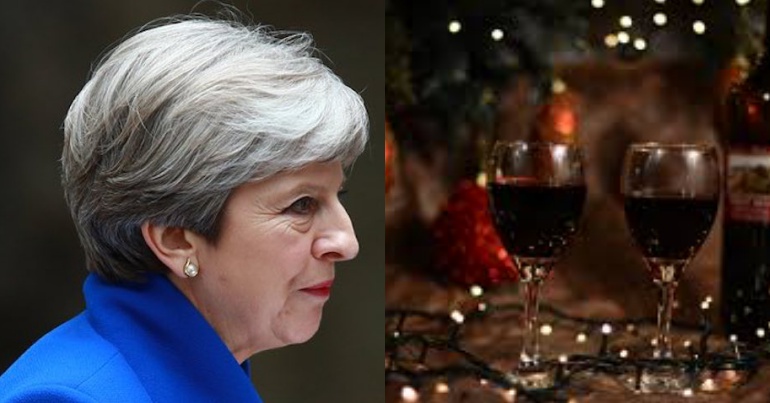 On 12 December, Theresa May faces a vote of confidence as prime minister. But no matter what the outcome, the Tories are set to party. Because in a delicious twist of irony, at the same time as the vote is going on, there’s a Christmas party at Conservative Campaign Headquarters (CCHQ).

According to the Spectator, the Christmas bash is still going ahead. The timing of this is awkward. To say the least.

According to the editor of Conservative Home, one of the top raffle prizes at the party is a signed photo of the prime minister:

It appears that a bunch of Conservative Associations have been given a fundraising prize for Christmas raffles and auctions this week: one signed photograph of the Prime Minister. Genuinely, not the best timing.

The timetable ‘clash’ even led Commons Speaker John Bercow to propose a new contender for the leadership challenge, should May lose:

It appears that the confidence ballot starts at the same time as the CCHQ Christmas Party. I think Jack Daniels is now the dark horse candidate should the PM lose. #PMQs #Leadershipchallenge #TimingIsEverything

Visions of just quite how this party might look, and how people will behave are spreading across Twitter:

Best selling Secret Santa gift in the Conservative party this Christmas is …………. pic.twitter.com/hEgEbHWSBV

Others came up with suggestions for party games:

Some recognised that the Tories are doing a good line in cracker ‘jokes’ at the moment:

And some ‘interesting’ conversations took place about who’s now on the guest list:

I'm reliably informed that at least 48 won't be attending.

As one person said that thinking about how uncomfortable so many Tories will be at this party “almost” makes “this shit show enjoyable”:

The knowledge it's the Conservative Christmas party tonight is almost making this shit show enjoyable.

Of course, although there’s lots of amusement about the fact this party’s going ahead, it’s not really funny. Because it says it all that despite throwing the country into a total constitutional crisis, most Tories won’t think twice about skipping off to an extravagant Christmas bash. They’ll just ignore the homeless people sleeping on the streets outside and won’t give a second thought to the lives their party has destroyed through austerity or the thousands of people who’ll need to use foodbanks to eat this Christmas.

Regardless of the outcome of the confidence vote, we’ve got to get rid not just of May, but of this entire Tory government before we’ll see any real change. Then everyone can party.