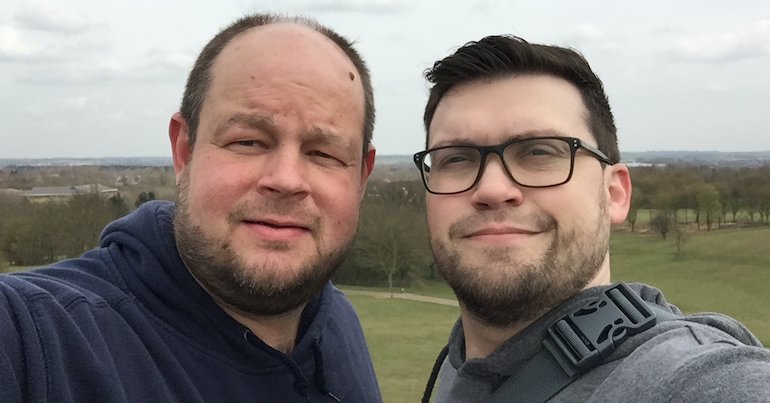 On 13 December, it’s crunch time for Brian and Ben Page. The couple will attend their final appeal in court that will decide if Brian will be able to stay in the UK. Brian, a US citizen, could be deported despite marrying Ben, a UK citizen, in 2014.

How it got to this…

In early December, the Pages spoke to The Canary to share their story. After living in the US, the couple moved to the UK after Ben’s mum became terminally ill. Brian, who entered the UK on a six-month visa, applied for an extension when Ben’s mother’s health declined. Even with medical evidence, the application for extending the visa was denied. The couple have battled with the legal system since May 2015. After several appeals have failed, this is their last chance to fight the previous rulings.

The judge refused to recognise their marriage, as Ben said in his previous interview with The Canary:

referring to it only as a ‘civil partnership’… Something which many LGBT rights campaigners have pointed out is very discriminatory.

But a judge at the High Court has now agreed a previous judge made an error in law. Brian and Ben have said this is “a huge win for us”.

After the couple started reaching out for financial support for their legal fees, the story was shared widely on social media. From lawyer and activist Peter Stefanovic to singer Beverly Knight, pleas have been made to the Pages’ MP, Mark Lancaster, and to the home secretary to intervene. But the couple have criticised the lack of support from their MP.

Speaking to The Canary, Ben said:

Our MP told us there is not much that he can do as it is with the court. He spent 10 minutes with us and didn’t offer us anything else. He just sent [the Home Office] the most pointless letter just asking what the current state is….what was funny is he said he was friends with [Minister of State for Immigration] Caroline Nokes!

The chair of Welfare Scotland and member of the Equality Council, Rob McDowall, has been actively drumming up support for the couple on social media. He told The Canary:

While immigration control is a legitimate concern for any government, Brian and Ben’s case only serves to highlight the depths to which this failing government has sunk. Looking at Brian’s education, experience and earning potential, this clearly isn’t a decision taken in the public interest, for the economic good of the country. This decision and the actions of the home office have disdain written all over them.

The couple have been failed terribly by the home office and failed all over again by their MP Mark Lancaster.

The Canary asked Mark Lancaster MP for comment but he gave no response.