Piers Morgan vowed to offend more people in 2019, but quite the reverse is happening - Canary 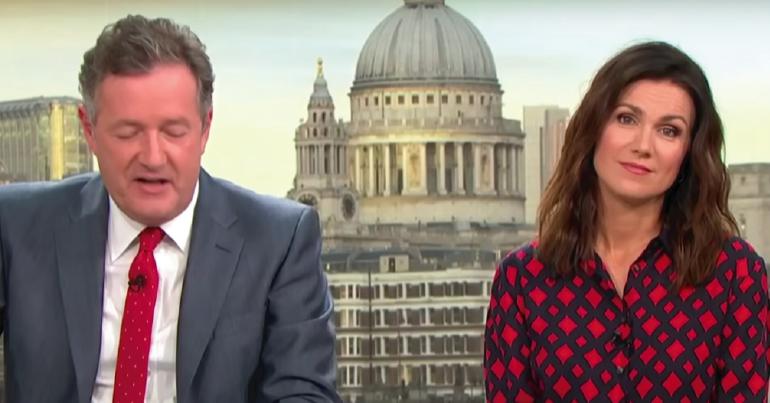 Piers Morgan’s 2019 new year’s resolution was to cause more ‘offence’. Within hours of making it, Morgan became horrifically offended himself – a turn of events which could have been predicted by anyone familiar with him.

My New Year’s Resolution for 2019 is to be just as annoying, argumentative & insufferably right about everything as I’ve been in 2018. Zero apologies in advance to all whiny PC-crazed snowflake imbeciles who will be horrifically offended by absolutely everything I say or write.

For many, this was an unsurprising move. As of April 2018, comparethemarket.com reported that 3.5 million Britons were vegan – that’s 7% of the population. If you’re Greggs the baker, that’s 7% fewer potential customers, so obviously the new roll is a sensible marketing decision. Unless it’s seen through the eyes of Mr Offence, obviously, in which case it’s a paranoid surrender to the PC mob:

Nobody was waiting for a vegan bloody sausage, you PC-ravaged clowns. https://t.co/QEiqG9qx2G

Morgan is talking about ‘political correctness’. He has the opinion that people bully corporations into doing things their way by becoming offended by them on social media. It would be pointless telling him that this is exactly what he’s doing, because he likely already knows. That, or he’s given himself mad cow disease from all the meat he’s been angrily protest-eating at his luxury villa:

Ones where each villa has its own pastry chef. https://t.co/ccm5lF1woY

It turned out that Greggs had predicted Morgan’s tantrum. Morgan responded by taking offence at something else that no one had even mentioned – such are his powers of being offended:

Isn’t it time you changed your name to something more gender-fluid & less toxically masculine? https://t.co/1DYyKDa3lj

Ironically, despite Morgan’s obvious disdain for how humans identify themselves, he draws the line at the way people identify hot pastry snacks:

It’s NOT a sausage roll, that’s the point. https://t.co/RdIyoV67Zq

The offence hadn’t peaked yet. McDonald’s – another company that likely doesn’t want to lose out on an expanding market – also announced a meat-free option:

This led to Morgan becoming offended that the vegetarian Happy Meals won’t be unhealthy enough (despite fast food ‘healthy’ options sometimes having more fat than the alternative):

Let me help: nobody on God’s earth goes to McDonald’s to lose weight, and they never will.
See you soon for a Big Mac & large fries – if you haven’t taken that off the menu for kale salad yet? https://t.co/GvP0lRf2MF

Around about the same time, Morgan moaned that obesity is some sort of millennial trend:

Of course we should – but the PC mob will howl us down & insist we embrace obesity as something to be proud of… it’s not! https://t.co/la0RyCXSAt

This shows that Morgan is an equal opportunity offendee – a man who’s able to take offence to both sides of any argument.

Vegans only care about big animals. You all eat bread, yet billions of insects get brutally murdered during its production. https://t.co/p6dLuKSHyV

The meat industry has a giant carbon footprint and produces significantly less nutritional benefit than crop farming. Pigs are mentally comparable with dogs, chimps, and dolphins. But thinking about things is irritating, so Morgan instead tweets some shit about insects – a bizarre point he’s brought up before, saying on his show:

Look at this little guy, he’ll never win a beauty prize but he’s a cute little guy. These guys get murdered.

Exterminated in their billions – you ask any wheat farmers… so vegans are riddled with hypocrisy.

This shows that Morgan – the master of hypocrisy – is actually capable of being offended by hypocrisy. Even if it’s just hypocrisy he made up himself because he didn’t have an actual argument.

Although, saying that, it’s obvious why Piers might feel greater empathy for stink beetles than more complex animals.