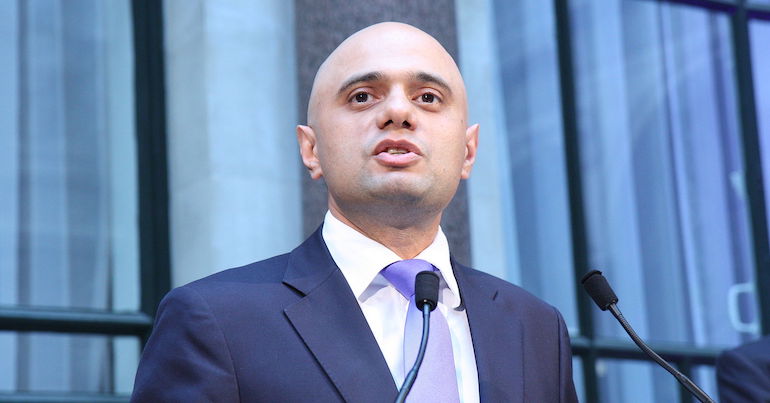 Home secretary Sajid Javid just got owned by Britain’s largest foodbank. This came as he faced criticism over comments about refugees and asylum seekers who risk their lives by crossing the English Channel to seek safety in the UK. As the Newcastle West End Foodbank asked: why is the rising number of people forced to use foodbanks in the UK not seen as a “major incident” too?

On 28 December, Javid declared a “major incident” in response to people who were intercepted after they tried to reach the UK by boat. He later questioned whether the asylum seekers were “genuine” refugees. On 2 January, Javid was accused of “breaking international law” after questioning the asylum status of the people trying to reach safety in the UK.

Newcastle West End Foodbank is the UK’s largest foodbank. It highlighted both Javid’s hypocrisy and the damaging legacy of eight years of Conservative-led policy:

The Home Secretary has just declared 200 refugees in small boats crossing the English channel a major incident. I wonder what he would call the 3,000 plus people in the west end of Newcastle who had to use our foodbank in the lead up to Christmas??????

As the Trussell Trust reported, “more people than ever” were forced to use foodbanks in December. The Newcastle foodbank helped “more than 46,000 people” in 2018 alone – a year when foodbank use in the UK rose by 13%. These statistics don’t include data from a further 801 independent food banks around the UK. As The Canary has also reported, the impact of austerity alongside the rollout of Universal Credit is devastating and has forced more people to use foodbanks.

Let us not forget that we are talking about people who are in desperate need of protection, having fled countries with prolific human rights abuses… we are hearing time and again that the conditions in France do not make people feel safe, with migrant camps being razed from the ground and people experiencing violence from the authorities.

It also pointed out that people have “a right” to seek asylum:

"It’s a shame the Home Secretary seems to need reminding that seeking asylum is a right & the UK has an obligation to assess claims fairly & grant protection to those who need it." Our response to Sajid Javid's comments about people crossing the channel: https://t.co/8Hu9k6tXYd

The 1951 Geneva UN Refugee Convention was signed in the wake of the atrocity of refugee Jews fleeing, tyranny genocide and war in Europe. “Never again “ the world said and on the toss of a coin @sajidjavid turns his back on those claiming Asylum lining up with the likes of Trump. https://t.co/bPskXp4taO

“Make no mistake, this is not in response to genuine concern for human life. This is Sajid Javid imitating Donald Trump’s “migrant caravan” manufactured emergency to whip up fear before the Brexit vote. Desperate and cynical.” https://t.co/HZpOmevCN0 #migrantcrisis

The more I see of it, the more I tend to agree that this 'refugee crisis' is indeed a manufactured, timely bit of scaremongering, aimed at pushing Brexit over the finishing line. Sajid Javid's own Mexican caravan.

The Green Party’s Jonathan Bartley accused Javid of using the refugee crisis as a “political game”:

It’s sickening that refugees and migrants – moving because of war and climate change – are being used as pawns in a political game. @TheGreenParty will never do that and we’ll always stand up unequivocally for their rights – even if it’s unpopular. https://t.co/EWxg1EpKjN

Meanwhile, other people went even further:

Sajid Javid is lying to you.

What a cynical bastard Sajid Javid is, he's only come back to deal with a few refugees crossing the Channel to enhance his tory leadership credentials and dog whistle with xenophobic language to the rabid right wing press and extreme (we want our country back) Brexiters #GTTO

So the tweet from the Newcastle West End Foodbank absolutely nailed it. Because Javid’s comments about refugees show just how sickening this entire Tory government really is.

In November, Philip Alston – the UN special rapporteur on extreme poverty and human rights – concluded an investigation into the impact of austerity and rising levels of poverty in the UK. He confirmed that poverty is a “political choice” of the ruling Conservative Party. And the fact that millions of people continue to suffer under austerity is a truly “major incident”.

Yet now, in what seems like a desperate attempt to divert attention away from the utter chaos of Brexit, Javid’s gone one step further. His latest attack on some of the most vulnerable people is not only potentially illegal, but it’s also truly twisted.