Revealed: how much cash Theresa May needed to throw half the population under a bus - Canary 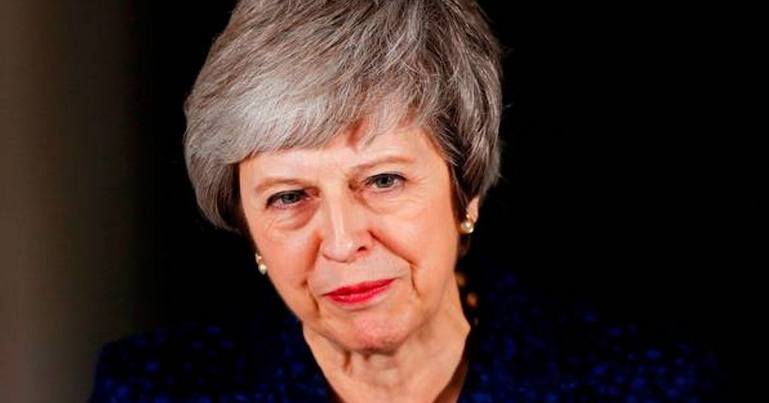 In January 2018, an undercover investigation by Financial Times journalist Madison Marriage revealed what went on when some of London’s wealthiest men assembled for the 33rd annual Presidents Club Charity Dinner. It threw light on endemic levels of sexism, sexual harassment and abuse amongst the privileged figures from “business, politics and finance” that attended the event.

Shortly afterwards, Theresa May claimed she was “appalled”. But now it’s emerged that just weeks later, she dined with the Presidents Club co-chair. And this has led to accusations that she was willing to throw half the population under a bus in return for a £50k donation to the Tory Party coffers.

After the scandal broke, May said:

I’m not happy with an event of that type taking place. I was appalled by reports that I read. What worries me is it’s not just about that event. It’s about what it says about this wider issue in society about attitudes to women.

For a moment, it seemed like May actually ‘got it’ and offered some solidarity to women:

In the aftermath of the Financial Times revelations, UK prime minister Theresa May said she was 'appalled' by the behaviour of attendees at the Presidents Club charity dinner https://t.co/blRA706IWn pic.twitter.com/9bArCvYN1i

But no. It was just more vacuous spin.

As the Guardian reported, May “had dinner” with Bruce Ritchie, the co-chair of the Presidents Club “only weeks” later. It also emerged that Ritchie:

donated at least £50,000 to the Conservatives’ Leader’s Group (CLG), which secures members exclusive access to May at dinners, lunches and meetings after prime minister’s question time.

But it doesn’t stop there. Ritchie is also one of:

48 benefactors who socialised with the prime minister between 1 April and 30 June last year, with others including businesspeople who support a hard Brexit and a number of oil executives. In total, donations to the CLG amounted to £2.4m.

Names of the other donors are publicly available on the Conservative Party website.

Not surprisingly, the response to this news was scathing:

So today we learn Theresa May attended a dinner with the co-chair of the Presidents Club, whose charity’s event saw female staff sexually harassed.

Only weeks after, she criticised him. Why did she dine with him when… oh.
He donated £50,000 to the Conservatives.

In normal times this would be a scandal… but these days it’s just par for the course.

Theresa May had dinner with the co-chair of the Presidents Club just weeks after she criticised the charity’s event at which female staff were propositioned for sex. https://t.co/hXwd0OpBy2

After the allegations emerged, the Charity Commission criticised Ritchie and other trustees. The Presidents Club was stopped from doing any further charitable work.

One year on, the Financial Times also revisited this story. One attendee said:

Perhaps it’s not surprising that May feigned outrage over the event, then headed off to dine with Ritchie. After all, she ‘found’ £2bn to buy DUP votes to prop up her minority government. And that, of course, came after the snap election she denied would ever happen.

It’s also the same woman who has led a systematic attack on the most vulnerable women in the UK since she took office. A UN investigation into poverty established that Conservative Party policies “disproportionately” affect women.

This latest evidence just provides more evidence of the disgusting lengths she’ll go to in order to stay in power.