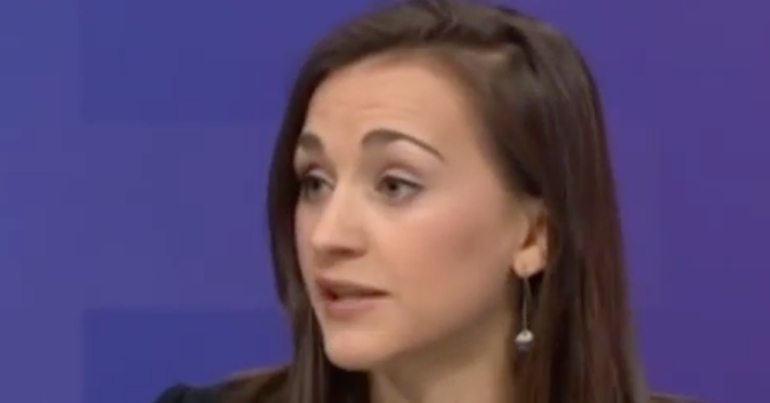 “Much more important than the nature of the exit”

In one contribution, Blakeley brought the Brexit debate into sharp focus. She laid out why the nature of the deal is much less important than government policy post-Brexit:

What happens next in terms of… what the government does in order to push Brexit forward, is much more important than the nature of the exit itself… Whether or not we’re going to have a stimulus programme that will absorb the impact of this… And also taking into account the climate imperative: we have twelve years to green our growth. And this would be an amazing opportunity to do something like a Green New Deal that would… transform the nature of economic growth over the long term, which is not working for anyone.

“Most regionally unbalanced country in the EU”

In another intervention, Blakeley called out the stark regional inequality in the UK:

We are the most regionally unbalanced country in the EU. London is this huge… black hole that sucks in investment, people, everything else from the rest of the country. And actually what we need is to invest in our infrastructure as part of a coherent industrial strategy… away from London and away from finance.

‘We are the most regionally unbalanced country in the EU’@graceblakeley says the government has failed to invest in transport infrastructure. #bbcqt pic.twitter.com/abyOHvz52M

Blakeley presents an important counterpoint to the establishment’s celebration of UK-wide national growth. The issue is that growth is inflated by London. This is all too clear when you consider a regional picture. In fact, nowhere other than London and the South East has had much of a recovery since the financial crash. And some regions were worse off in 2015 than in 2007: 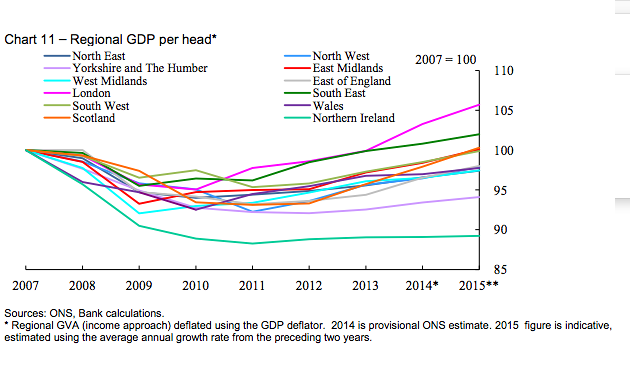 The UK desperately needs regional investment across the nation. On BBC Question Time, Blakeley’s contributions were a refreshing addition to a show that’s often a dreary establishment yawnfest. More, please.