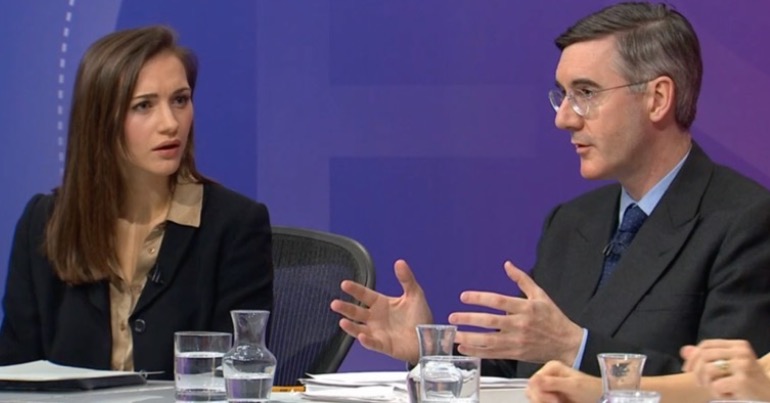 The article was updated on 16 February at 09:45 to reflect the fact that Churchill supported concentration camps during the Boer War but was not responsible for them.

The refusal of some to criticise Winston Churchill has reached absurd new levels. But on the 14 February edition of the BBC‘s Question Time, Conservative MP Jacob Rees-Mogg took it even further. Rees-Mogg attempted to defend Churchill’s support of concentration camps during the Boer War.

During an eventful episode, John McDonnell’s critical comments about Churchill were the subject of an audience question:

Our fourth and final question is about Winston Churchill. #bbcqt pic.twitter.com/viHXFx3fq0

Few were surprised when Etonian MP Jacob Rees-Mogg sprang to Churchill’s defence. But his attempt to justify Churchill’s support of concentration camps might shock many:

A report after the Boer war concluded that 27,927 Boers (of whom 24,074 were children under 16) had died of starvation, disease and exposure in the #concentrationcamps #JacobReesMogg @Jacob_Rees_Mogg #BBCQuestionTime #bbcqt @graceblakeley #Glasgow pic.twitter.com/0naY32BU5n

As seen in the video, Rees-Mogg was challenged by economics commentator Grace Blakeley. Blakeley later reflected on her experience on Twitter:

The crazy thing about this is – even though I know exactly what happened during the Boer wars -Rees-Mogg’s measured tone and deep self-confidence made me second guess myself.

The deep-rooted urge in British culture to defer to aristocratic authority is truly terrifying. https://t.co/vOiMJjRSWz

And Rees-Mogg’s comments didn’t go unnoticed by others. Momentum pointed out the scale of death in the camps:

Let's get one thing straight – *26,000* Boer women and children died in British concentration camps. Any moral posturing or attempt to justify this is complete barbarism.

The editor of Channel 4 News was also less than impressed by Rees-Mogg’s historical accuracy:

#BBCQT Having lived in South Africa & studied its history @Jacob_Rees_Mogg’s take on Boer & black concentration camps is a gross distortion. Women & children were not put into them to be fed – they starved in them. This will be offensive to many https://t.co/QRwE6egdH5

And journalist Liam O’Hare responded to Rees-Mogg’s argument that the death rates in the camps were similar to those in Glasgow at the time:

The poor in Glasgow were also victims of imperial-era Britain. Quite obscene to use their suffering to justify atrocities like concentration camps #bbcqt

And responding to Rees-Mogg’s claim that Boers were interned for “their own safety” Aaron Bastani of Novara Media reminded us that:

“It was for their own safety”.

10% of the Boer population died in British concentration camps during the second boer war #bbcqt https://t.co/LzT0s67XYH

We need to overcome the stupid simplification of this discussion

The most thoughtful take on Churchill came from the person who asked the original question:

‘With Brexit, we are probably at one of the most significant points in our history… it is really important to understand where we have come from, how we have got here’
This audience member says there needs to be an honest discussion about Winston Churchill and his legacy. #bbcqt pic.twitter.com/N7Qvrfq67b

But Rees-Mogg’s attempt to defend one of the most indefensible episodes in Churchill’s past is a step too far. And it reveals the desperate lengths some will go to protect Churchill’s reputation.