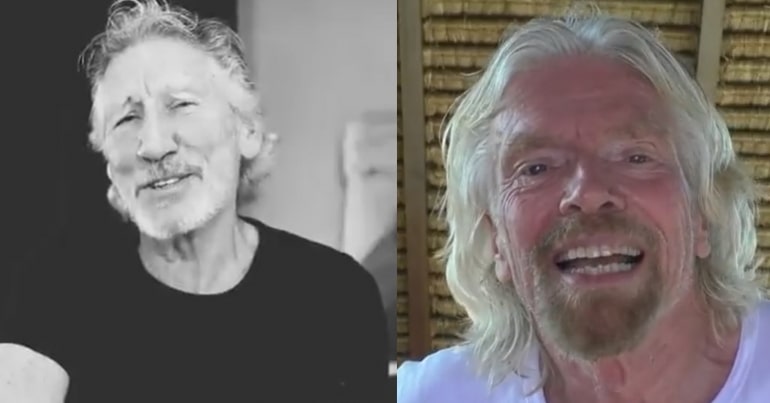 Branson’s concert is scheduled to happen on 22 February and is apparently about raising ‘humanitarian aid’ for the Venezuelan people. But people who’ve been following The Canary‘s reporting will understand that there’s nothing ‘humanitarian’ behind the actions of the US and its allies, which are currently backing a coup attempt in the Latin American country.

None of this was lost on Waters, who said:

The important thing about this is that, even if you listen to their shtick, it has nothing to do with ‘humanitarian aid’ at all. It has to do with Richard Branson – and I’m not surprised by this – having bought the US saying ‘we have decided to take over Venezuela’.

The US is destroying the Venezuelan economy

The Canary has also repeatedly reported that establishment experts themselves admit that the purpose of brutal US sanctions is to “make the economy scream”; and that economist Mark Weisbrot has insisted that “the sanctions do actually kill people”, stressing that the latest rounds of US sanctions will “destroy what’s left of the economy”.

For these – and so many other – reasons, any coordination with the US government in respect of ‘humanitarian aid’ to Venezuela is at best deeply misguided.

‘Nothing to do with democracy’

Waters, however, understands that this latest Western intervention has:

As he stressed, he has:

friends who are in Caracas right now. There is, so far, no civil war, no mayhem, no murder, no apparent dictatorship, no mass imprisonment of opposition, no suppression of the press. None of that is going on, even though that is the narrative that is being sold to the rest of us.

The Red Cross and the UN, unequivocally agree, don’t politicize aid. Leave the Venezuelan people alone to exercise their legal right to self determination. pic.twitter.com/I0yS3u75b6

Waters is known for his principled and controversial stands. For example, he has long defended the right of Palestinian people to self-determination in the face of Israeli settler-colonialism, despite the predictable smears from the pro-Israel lobby.

The irony is, of course, that Branson himself once took a principled stand to try and prevent the illegal US/UK invasion of Iraq in 2003. In fact, many of the same characters behind that criminal invasion – such as John Bolton and Elliott Abrams – are now pushing the coup in Venezuela.

Waters’ political positions have not always been popular in the West. But history has consistently proven him right. And this will be no exception.