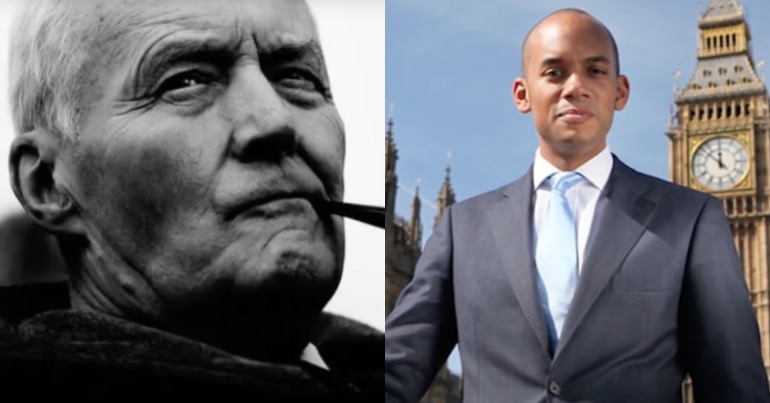 Tony Benn passed away in 2014. But his inspiring political speeches still provide guidance. And old footage has now emerged that shows how Benn dealt with Labour quitters, the Social Democratic Party (The SDP), in the 1980s.

Calling quitters out to their face

In the video, Benn addresses former member of parliament Roy Jenkins. Jenkins was one of the so-called “Gang of Four” who split from the Labour Party to form the SDP in 1981. In similar circumstances to the recent resignations of Labour MPs, SDP members believed the party had moved too far to the left. It is widely believed that the SDP split the Labour vote and helped keep Margaret Thatcher in power for years.

Benn clearly had little time for Jenkins. And he doesn’t hold back in his criticism of him:

I defeated the leader of the previous breakaway #RoyJenkins in 1987. I would be delighted to do so again. #LabourSplinter pic.twitter.com/PhBjq5hzFe

I’ll be blunt with you Roy, you talk about cancer. I feel very strongly about people whose entire life depends on the working class movement. Your father was a miner. He was in jail in the general strike. You got into parliament as a Labour member. Every office you held was because of the Labour Party. Cabinet minister, appointed by a Labour prime minister and then you left the party. Now that’s a cancerous growth – not personally – but I think people who betray those who gave them power are the real threat and I must say that bluntly to you.

I’m only saying, Roy, that the people that stay true to those who put them in power – these are the people I admire, not the people who climb into power on the backs of others, kick away the ladder and are presented by everybody as men of principle.

Meanwhile, Benn had this to say for those who advance their careers over their principles:

Tony Benn on principle & giving up what you believe. Labour MP’s thinking of breaking away need to take note. pic.twitter.com/qaXGFfGkGE

Benn’s words resonate after the recent Labour resignations. As Matt Turner pointed out, many of the MPs who have quit benefitted from increased majorities in the 2017 general election. These majorities were made possible by the activism and campaigning of ordinary Labour members:

Tony Benn on the SDP: "Your entire life depends on the working class movement. You got into Parliament as a Labour member, every office you held was because of Labour." #LabourSplit MPs benefited from increased majority in 2017 under Corbyn's Labour. pic.twitter.com/Hm5NmIgglN

But we also have new voices following in Benn’s footsteps. For example, Sam Tarry, president of the thinktank Class, has called out the actions of the Labour MPs:

This needed to be said 👇🏽 pic.twitter.com/lfzJ65geNS

Not a time to pander to Labour’s quitters

Benn was always a confident and formidable speaker who spoke truth to power without apology. He provides a timely reminder that we should call out the Labour quitters for what they are: careerists dining out on the Labour brand.