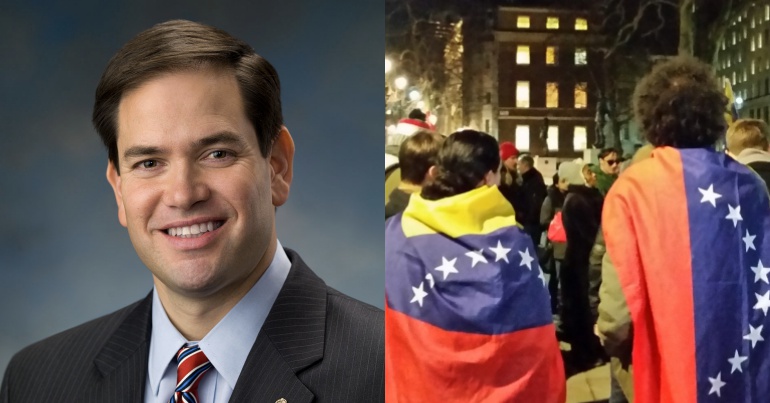 As tensions grow in Venezuela amid a US-led coup attempt, a warmongering US senator has issued a mafia-style threat to a key military figure in the country.

Rubio’s tweet, meanwhile, appeared to threaten both Hernández and his family:

.@Ivanr_HD you should think very carefully about the actions you take over the next few days in #Venezuela. Because your actions will determine how you spend the rest of your life.

Do you really want to be more loyal to #Maduro than to your own family?

The US government and corporate media continue to push a narrative that Venezuelan people must be ‘liberated’ from Maduro. This narrative insists that he’s actively starving the population by rejecting US ‘humanitarian aid‘ (it already receives aid from elsewhere). Yet as the US continues to stockpile aid on the Venezuelan border, international aid agencies including the UN and Red Cross have criticised its attempts to ‘politicise’ aid.

designated Saturday [23 February] as the day the opposition will defy Maduro and begin to force emergency aid across the border.

As The Canary‘s John McEvoy reported, the issue of humanitarian aid in Venezuela is complex. Not least because the current economic crisis is largely of Washington’s making. If the US did want to help ordinary Venezuelans, it would halt the economic sanctions that cost the country billions (dwarfing its $20m ‘aid’ offering). Instead, it continues to intensify sanctions.

Rubio’s latest threat is symptomatic of the ongoing violence of the Trump administration. And as journalist Dan Cohen noted, it’s worthy of further investigation if US crimes in Venezuela are ever investigated:

Rubio is threatening the Commander of Venezuela’s Presidential Honor Guard and his family. If there is ever a tribunal for American crimes against Venezuela, this seems like it would be obvious evidence. https://t.co/CfYToGIshL

Others also noted the Mob-like nature of Rubio’s threat:

Rubio is behaving like a mafia don. Someday, as you suggest, he may very well be called to account.

This sure sounds like a blackmail threat made by @marcorubio , the kind that the Mob would make about hurting someone’s family.

Meanwhile, others saw it as a clear death threat:

Did same, because that is exactly what it is. A threat to do violence and harm.

This is not Rubio’s first threat. On 17 February, he told CNN:

Rubio’s well-established hard-right politics have earned him a key role in Trump’s administration. As The New Republic reported, he’s used “the Trump presidency to elevate his stature and amass power”. The president, meanwhile, values Rubio’s influence in Florida, a key electoral state. As a result, Rubio is widely seen as “the force behind” Trump’s push for a Venezuelan coup. More worrying is that:

Rubio has hounded Trump to take a hardline stance against the so-called “troika of tyranny”: Venezuela, Cuba, and Nicaragua. This agenda includes ousting Maduro from the presidential palace in Caracas, lifting the Obama-era detente with Havana, and supporting [opposition to] Nicaraguan President Daniel Ortega and his leftist Sandinista Party in Managua.

Now, it seems, Rubio is pushing his ruthless imperialist and interventionist politics to a new and truly chilling level.

Featured images via US Senate/Wikimedia and Mohamed Elmaazi 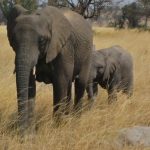