This might be the most terrifying BBC news report ever - Canary 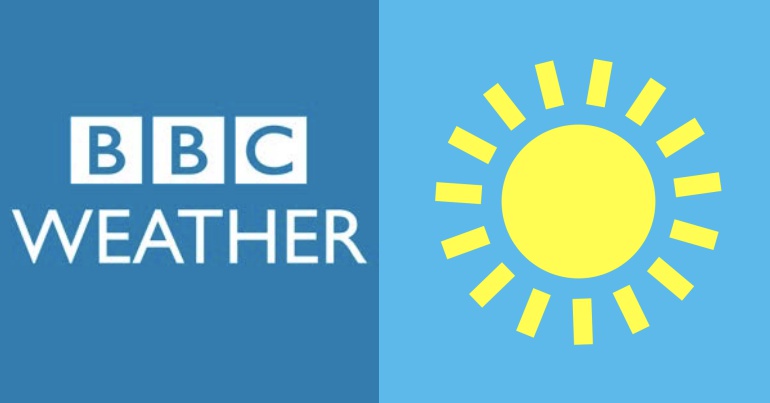 On 25 February, the UK experienced record high seasonal temperatures. The BBC announced this with joy, saying: “it’s also the first time we’ve seen over 20C in winter!”. Later, BBC News at 6 happily announced that people in the UK were wearing “flip flops in February”. Yet this is arguably one of the most terrifying reports the BBC has ever made. Because the current weather is the most visible sign of the ongoing climate chaos that threatens us, and the planet, with growing urgency.

The News at 6 report called this weather “the perfect start” to half term. It continued:

This beautiful weather witnessed here… today is more like something you’d expect during the summer months. In fact, the record-breaking 20 degrees… is actually the average temperature during July and August… Today it’s ice-cream all round… Hard to believe that exactly twelve months ago the UK was preparing for the Beast from the East.

There was not one mention of climate change.

As environmentalist and journalist George Monbiot pointed out:

I got hot, walking in a t-shirt today. I hope you all realise how utterly weird things have got. And this is with just 1C of heating so far.
But remember – there was a difference of only 4C between the last ice age and the Holocene. #ClimateBreakdown

And a reply to Monbiot summed up the BBC‘s coverage:

@GeorgeMonbiot
A full report on the six o' clock news about record breaking temperatures for February, entirely preoccupied by people on beaches, ice cream and beer, and not one mention of Climate Change. Hard not to believe @BBCNews is being wilfully irresponsible.

This is a climate emergency.

Ministers must get off their sun loungers and introduce a #GreenNewDeal. https://t.co/EfkAlgEDiZ

Dear @bbcweather pls stop reporting these bizarre weather events with excitable exclamation marks and flickering sun gifs that give the feeling that this is wonderful news, rather than fucking terrifying. https://t.co/39aDaeR5nX

Perhaps you should consider the fact that this might not be good news.

Yours,
The fucking planet https://t.co/X8Gedipo0x

As the BBC did note, exactly a year ago the UK experienced sub-zero temperatures and heavy snowfall. Just a year on, and record UK temperatures came only weeks after the US was hit by a polar vortex. Scientists believe that these extreme weather conditions are the result of an increasingly unstable jet stream over the North Atlantic. This is linked “to some of the most extreme U.K. seasonal weather events experienced over the past decade” and is now understood to be a direct result of rising temperatures in the Arctic:

The strength and path of the North Atlantic jet stream… appear[s] to be influenced by increasing temperatures in the Arctic which have averaged at least twice the global warming rate over the past two decades, suggesting that those marked changes may be a key factor affecting extreme weather conditions over the U.K.

Yet the BBC failed to mention this.

In October 2018, the UN Intergovernmental Panel on Climate Change (IPCC) released a devastating climate report. This concluded that global warming must be kept to 1.5°C at the most, half a degree hotter than right now, if we’re to limit the most severe effects of climate change. According to the report, we don’t have much time left. It says:

In short, the IPCC says 0.5°C more warming will bring some pretty dire consequences: rising seas, droughts, further loss of biodiversity and more. But hitting 2°C would be catastrophic.

Yet global leaders still fail to act. In fact, the strongest voice of reason in this crisis comes from children. As sixteen-year-old Greta Thunberg told the UN in 2018: “We have run out of excuses, and we are running out of time”. Children across the UK have now joined others around the world, by walking out of school to demand that leaders take action to limit an impending climate breakdown.