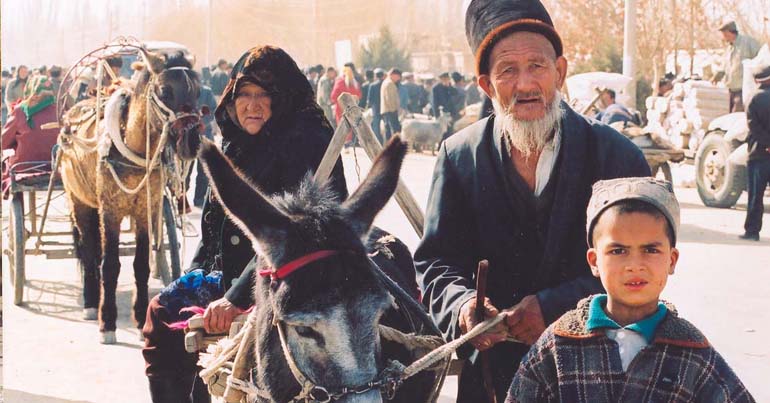 Global awareness around China’s treatment of its Muslim Uyghur population continues to grow. And now, its conduct has been raised at the 40th session of the UN’s Human Rights Council (HRC).

Uyghur people are Turkic Muslims living mainly in the China’s western Xinjiang province. And there has been growing international awareness over the Chinese government’s persecution of them. This includes allegedly putting a million people into camps which some have described as concentration camps and gulags. China claims these are an effective tool for de-radicalising Islamists. But it seems more like cultural genocide.

Cavusoglu didn’t mention these camps by name in his condemnation. But he called for China to respect the “universal human rights, including freedom of religion… of the Uighurs”. Britain backed Turkey’s concerns.

China has also used other forms of repression. In mid-February, a database allegedly used to watch Uyghurs in Xinjiang was uncovered. Victor Gevers of the GDI.Foundation, which says it wants to “defend the free and open internet”, said trackers included CCTV, phones, and other handheld devices. They pinpoint the location of at least 2.5 million people in Xinjiang. Gevers described the database as a “Muslim tracker”.

And on 21 February, it emerged that a US company had sold biotechnology to China. It helped build a DNA database for the Xinjiang province. They were gathered from blood tests presented by the state as a “free health check”. Meanwhile, Chinese state media has repeatedly whitewashed government actions.

On 13 February, Amnesty International and others issued a joint statement calling for a “Xinjian Resolution” by the UNHRC. It calls for “an international fact-finding mission” into reports of Uyghur detention camps. And it countered the ‘anti-terrorism’ story put out by China:

the seeming objective of this sweeping crackdown is to eradicate Muslims’ distinct identity and to ensure their loyalty to the government and Chinese Communist Party.

However, the Grayzone has previously raised concerns about some of the statement’s signatories. In August 2018, it questioned Chinese Human Rights Defenders’ funding and pro-US links. It also highlighted the US-backed funding of the Uyghur World Congress.

There’s no irony lost in Turkey’s call for China to respect human rights, of course. Because in 2018, the Permanent Peoples’ Tribunal (PPT) found the Turkish state guilty of war crimes and crimes against humanity. And its ongoing war against Kurdish communities at home and abroad uses the same dubious rhetoric of ‘terrorism’ being used by China. Similarly, Britain’s record on counter-terrorism isn’t great either.

But that doesn’t change the deeply repressive treatment apparently meted out to millions of Uyghur people in China on a daily basis. Moreover, it’s important to remember that the tools used against them are also being used against other perceived independence movements in the country.

We must ensure that awareness of the situation remains at the forefront of public consciousness. As China’s global power extends, so must the importance of holding it to account.