As Theresa May loses control over Brexit, her lawyer admits the EU referendum was illegal - The Canary 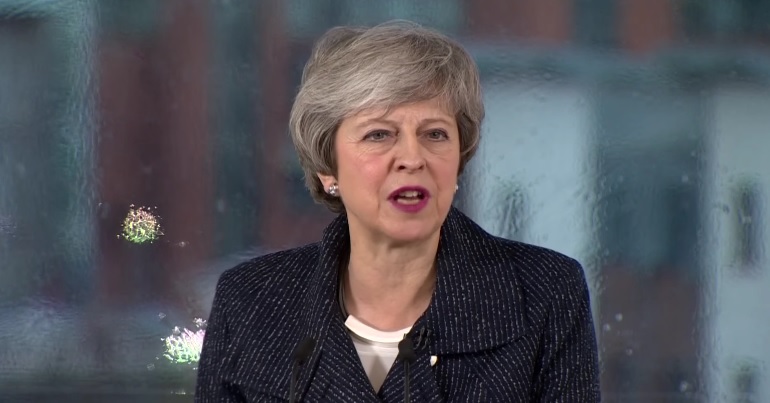 Prime minister Theresa May has conceded that MPs will have a vote to extend Article 50 and delay Brexit. They will also have a vote to rule out a No Deal scenario.

Despite this Commons pantomime, it’s notable that these concessions come only days after a largely unreported appeal court hearing. During this, May’s legal counsel admitted “the PM is aware” that the Leave campaigns acted unlawfully.

In December 2018, lawyers representing UK in EU Challenge – which is acting on behalf of British ex-pats living in specified EU countries – argued that Article 50 should be voided, given electoral and other irregularities. However, the court dismissed the case and Justice Ouseley said:

It is difficult to see how the government could proceed if it had to wait for the outcome of an Electoral Commission investigation, keeping everyone – including the EU 27 – on the hook, waiting to see what the UK was going to do, or waiting for the conclusion of other investigations.

In February 2019, an appeal was heard against that ruling. The same claimants argued it was unreasonable for the prime minister to proceed with Article 50, given what was known about the proven illegalities of the referendum. But the court refused to hear their appeal.

However, according to law lecturer and jurist Rob Palmer, first Treasury counsel Sir James Eadie QC, acting for the prime minister, admitted that May was fully aware of the unlawful aspects of the referendum campaign:

'The true position is that the PM is well aware of the notorious facts…well publishised facts…of the EC findings, fact of an appeal, police investigations, ICO, DCMS committees. All properly done…& it it perfectly obvious that the PM has decided to carry on'.

In September 2018 the High Court ruled that Vote Leave, the official Leave campaign fronted by Conservative MPs Boris Johnson and Michael Gove, had broken the law in its overspend. It did this by paying £625,000 to Darren Grimes for his BeLeave campaign, mostly via AggregateIQ, the Canada-based partner of discredited data miners Cambridge Analytica. According to the Electoral Commission, in total BeLeave spent more than £675,000 with Aggregate IQ under a common plan with Vote Leave.

Earlier, in July 2018, the Electoral Commission also ruled that Vote Leave broke electoral law by colluding with Grimes. Consequently Vote Leave and Grimes were referred to the police. However it appears the police have stalled that investigation.

In February 2019 the Leave.EU campaign, fronted by Nigel Farage, and Eldon Insurance, owned by campaign funder Arron Banks, were fined £60,000 each for breaking direct marketing rules. 300,000 political messages were sent out on behalf of Leave.EU to Eldon’s customers. Hundreds of leaked emails showed Eldon staff working on the Leave campaign.

Here is the full Jan '16 footage of the Bristol offices from 'L'argent trouble du Brexit' by Vox Pop on ARTE (plus English ##subtitles), showing the head of Leave, #AaronBanks, a potential activist being called, newsletter being designed, & a social media work station too. pic.twitter.com/rWck49IH9U

Banks was referred to the National Crime Agency, which is investigating whether he was the “true source” of £8m he donated to Leave.EU and Better for the Country Limited.

Equally worrisome is the accusation that the Home Office was involved in a cover-up over Banks’s “finances and alleged relationships with foreign states” when May was home secretary.

The Home Office has refused to confirm or deny whether it blocked an investigation. The Home Office went on to state that to do otherwise “would impede the future formulation of government policy”.

There is a suggestion that in the run-up to the referendum the prime minister – in her capacity at the time as home secretary – declined at least one application from the security services to mount a full investigation into Mr Banks and others suspected of Russian influence. We need to know if that is true.

A ‘confirmatory’ vote on May’s deal, but which would include an option to Remain, is now official Labour policy should its alternative proposal for Brexit not go through:

This week Labour will put its alternative plan for a vote in the House of Commons.

If Parliament rejects our plan, then Labour will deliver on the promise we made at our annual conference and support a public vote. https://t.co/EjCifYCDJP

Meanwhile, not content with trying to bribe MPs, May is ignoring legal rulings that ought to have seen the referendum declared null and void. Her collusion in this merely succeeds in exposing the myth that Britain has a working democracy.