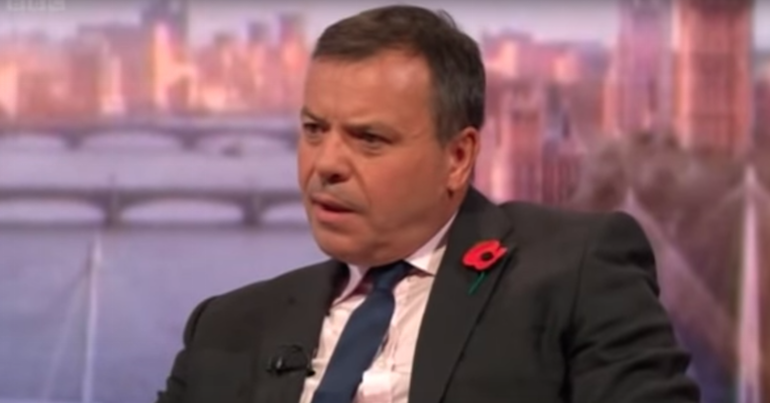 Brexit campaigns financier Arron Banks is facing more and more investigations by agencies in multiple jurisdictions. Now a video has re-emerged that complements what appears to be compromising evidence reported by openDemocracy and by a former Cambridge Analytica director.

One of the questions BBC’s Andrew Marr put to Banks (at 14.25) in an interview aired on 4 November was whether staff at his Lysander House office in Bristol had worked on the Leave campaigns and his Eldon insurance business too (which could contravene electoral law):

transferred over on short-term contracts, legally, and it was reported in the right way.

However a video by a French team provides a glimpse into how staff worked on GoSkippy (an Eldon insurance product) and also the Leave campaigns, and were both reportedly managed by the same person:

Here is the full Jan '16 footage of the Bristol offices from 'L'argent trouble du Brexit' by Vox Pop on ARTE (plus English ##subtitles), showing the head of Leave, #AaronBanks, a potential activist being called, newsletter being designed, & a social media work station too. pic.twitter.com/rWck49IH9U

And there was this:

As I remarked in the thread when first tweeting that video, that campaign point wasn't really much talked off previously, compared to the rest & it seemed like they were responsible for leading in promoting it. It does align with Russian interests. pic.twitter.com/BtLcSrgJ4e

Moreover, after a visit to Lysander House in 2015, former Cambridge Analytica business development manager Brittany Kaiser claimed she witnessed “with her own eyes” how Leave.EU targeted Eldon customers.

I was under the impression, by what they told me, that every single individual that they [Leave.EU] were pulling up to call was actually a lead or a current customer of Eldon Insurance or GoSkippy.

Damian Collins, chair of the UK parliament’s Digital, Culture, Media and Sport Committee’s inquiry into fake news and disinformation, said the evidence now appears to “flatly contradict” the evidence Banks gave the committee back in June.

As previously reported by The Canary, the National Crime Agency (NCA) is now investigating the financial dealings of Banks. In particular, that of Rock Holdings Ltd, based in the Isle of Man. And if it emerges that this company was the source of donations by Banks to the Leave campaign, then that could count as an illegal overseas donation.

The Electoral Commission has also referred Better for the Country, which ran the Leave.EU campaign with co-founder Banks and chief executive Liz Bilney, to the NCA.

Our investigation has unveiled evidence that suggests criminal offences have been committed which fall beyond the remit of the Commission. This is why we have handed our evidence to the NCA to allow them to investigate and take any appropriate law enforcement action. This is now a criminal investigation. The financial transactions we have investigated include companies incorporated in Gibraltar and the Isle of Man.

Banks denies any wrongdoing. As the BBC reported, he says he is:

There is no evidence of any wrongdoing from the companies I own. I am a UK taxpayer and I have never received any foreign donations. The Electoral Commission has produced no evidence to the contrary.

Another investigation has seen the Information Commissioner’s Office (ICO) report on how Leave.EU sent more than one million emails which included marketing for Eldon Insurance. Eldon customers were also sent a Leave.EU newsletter.

The ICO subsequently fined Eldon Insurance and Leave.EU £60,000 each for infringements of data protection legislation:

So @DamianCollins and crazy @carolecadwalla the @Ico find no evidence of a grand data conspiracy and find we may have accidentally sent a newsletter to customers. @DamianCollins vindicative all Remain supporting committee have some answers of their own to answer ! https://t.co/Dj2GHbewq8

But it wasn’t just about customers. She added:

In hindsight, I now think that there is reason to believe that misuse of data was rife amongst the businesses and campaigns of Arron Banks. If the personal data of UK citizens who just wanted to buy car insurance was used by GoSkippy and Eldon Insurance for political purposes, as may have been the case, people clearly did not opt in for their data to be used in this way by Leave.EU.

Some of these images were really horrible, the immigrants and refugee stuff. But there were always these urgent requests coming in. You were told to stop what you were doing and do something for Leave.EU.

Leaked emails to openDemocracy and the Observer prompted Collins to announce that Banks may be required to answer further questions by the committee.

Former FBI director Robert Mueller is heading an inquiry that is looking into alleged links between the Trump camp and Russia. Reports suggest that Banks and his associates are now of interest to Mueller too:

Can it get worse?

But can it get much worse? On current trends, most definitely.

The Canary asked Banks for comment but received no reply by the time of publication. However, Banks has denied all wrongdoing via a statement on Twitter:

Statement from @Arron_Banks: "I am pleased that the Electoral Commission has referred me to the National Crime Agency. I am confident that a full and frank investigation will finally put an end to the ludicrous allegations levelled against me and my colleagues." pic.twitter.com/V6fdjk604Z

– Read more in The Canary about Arron Banks, Leave.EU, and Brexit.