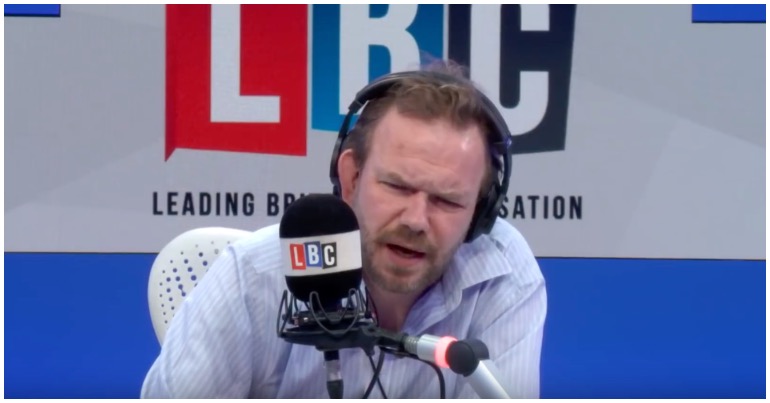 LBC broadcaster James O’Brien has questioned the BBC and other media for hosting anonymously-funded thinktanks. And Brexit whistleblower Shahmir Sanni has also questioned their influence.

In his new book, How to be Right:…in a world gone wrong, O’Brien asked why “mysteriously funded” thinktanks – like the Institute of Economic Affairs (IEA) and the TaxPayers’ Alliance (TPA) – are treated by the BBC and others as “venerable institutions”.

As The Canary previously reported, Kate Andrews of the IEA was again invited on BBC Question Time on 1 November.

There’s now a growing chorus of voices demanding that broadcasters stop providing platforms for outlets that don’t disclose the sources of their funding, which could come from agenda-driven corporate donors.

O’Brien articulated his point in the following two tweets of extracts from his book:

I address the malign influence of @the_tpa & much of the media’s complicity in promoting their sinister, anonymously funded agenda in #HowToBeRight 1/2 pic.twitter.com/MdPqZDkHRN

A dark network of influence

Like O’Brien, Shahmir Sanni in the Guardian has questioned the broader influence of such thinktanks in shaping public debate. Sanni famously blew the whistle on the Vote Leave campaign’s overspending during the 2016 referendum, a claim vindicated by the Electoral Commission.

He claims that organisations like the TPA are “playing a dirty game”. It goes, he says:

He argues that the TPA is:

part of a network of rightwing thinktanks – including the Institute of Economic Affairs, the Adam Smith Institute, BrexitCentral and others – that have the ears of cabinet ministers and MPs. It is a network that attempted to stop my evidence becoming public, and that used the media to try and discredit me.

And of the media he pleads:

Broadcasters and journalists cannot continue to provide a platform to this network of organisations… And they can no longer get away with hiding the true origins of their financing and influence.

He specifically questions why the BBC gave founder of the TPA, Matthew Elliot, a platform to “call me a “fantasist” and a “liar” as part of a campaign of vilification”.

The BBC has previously told The Canary:

The BBC mentions the funders of think tanks when it is relevant to the story or report in question and would challenge them on this if there is an apparent conflict of interest. The BBC aims to state the general political stance of think tanks to help audiences better understand the context in which they’re speaking but it’s not practical to list every single funder of a think tank every time we introduce a spokesperson on air.

The propaganda function of thinktanks has historically been conceded as far back as 1955. In the book Thinking the Unthinkable: Think-tanks and the economic counter-revolution, Richard Cockett documents the motivations of one such right-wing thinktank, the IEA.

He notes how Oliver Smedley, an IEA founder, stressed that in order to maintain its educational charity status, the IEA:

should give no indication in our literature that we are working to educate the public along certain lines which might be interpreted as having a political bias…if we said openly that we were re-teaching the economics of the free market, it might enable our enemies to question the charitableness of our motives. That is why this first draft [of the institute’s aims] is written in rather cagey terms.

Insisting upon the transparent funding of organisations that seek to shape our political economy through our media shouldn’t be controversial. O’Brien and Sanni are correct to shine further light into this dark world.

– Sign the petition to demand the BBC changes its rules to ensure thinktanks declare their main funders.