On BBC Two, George Monbiot had the entire studio applauding the overthrow of capitalism - The Canary 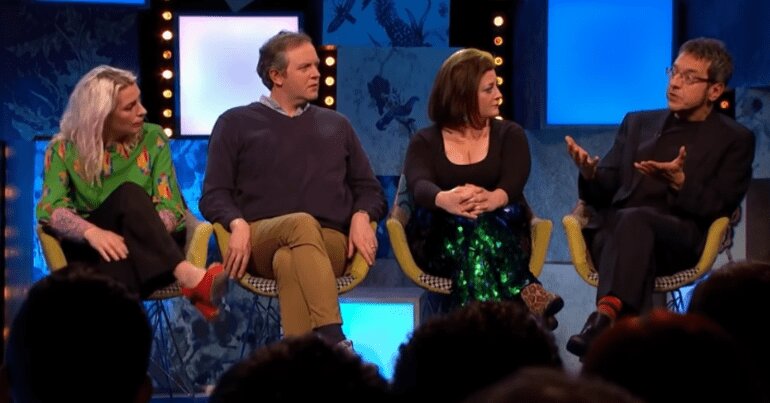 On comedian Frankie Boyle’s BBC Two show, columnist George Monbiot had the entire studio applauding the overthrow of capitalism. Explaining what we need to do to prevent climate catastrophe, Monbiot said:

We can’t do it by just pissing around at the margins of the problem. We’ve gotta go straight to the heart of capitalism; and overthrow it.

Overthrow capitalism to save the planet.pic.twitter.com/hlWbS66HLR

On the New World Order show, Monbiot went straight to the crux of the matter:

What we have to do is the big structural, political, economic stuff. What we’re being told to do is ‘change your cotton buds’ and all this sort of pathetic micro-consumerist bollocks, which just isn’t going to get us anywhere.

In October 2018, the UN warned we have 12 years to reduce the oncoming climate catastrophe. And this may downplay the problem, because if we hit climate tipping points, that could set off an unstoppable chain reaction.

On the show, Monbiot continued:

But beyond that, actually, everything we have to do is… overthrow this system, which is eating the planet with perpetual growth… Since when was GDP a sensible measure of human welfare? And yet everything that governments want to do is to try to boost GDP. Now, people like the OECD or the World Bank say ‘we aren’t asking for a lot of growth – just 3% a year’. That means doubling in 24 years… We’re bursting through all the environmental boundaries and screwing the planet already – you want to double it?… Double it again? Keep doubling it? It’s madness. We’ve got to find a better way of measuring human welfare than perpetual growth. We’ve got to start ramping down all fossil fuel production…

Monbiot then rounded off with a hopeful point:

It turns out that, through massive rewilding – ecological restoration – you can draw down… the carbon dioxide we’ve already produced…

The man is spot on. Sitting governments are sleeping at the wheel, leading us towards climate catastrophe. In the UK, the current manifesto of the main opposition party – Labour – pledges to roll out local, publicly funded renewable energy firms across the country to rapidly decarbonise the economy. It’s a matter of urgency that we support this, as well as the type of direct action young people like the school strikers are taking.