Rapper Stormzy just made an epic stand against racism - The Canary 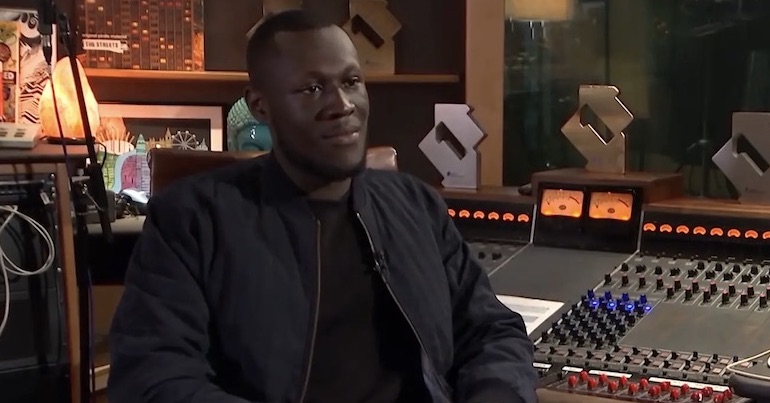 Rapper and activist Stormzy just took an epic stand against racism. He cancelled a headline gig at an Austrian festival. And his reasons for doing so are spot on.

The Snowbombing festival announced the cancellation on 11 April. According to a statement, festival security escorted “a small number” of people off-site to search for weapons, including Stormzy’s manager. Security found no weapons. The festival said:

Snowbombing would like to wholeheartedly apologise to Stormzy’s team. We are doing everything we can to understand the full situation and are treating this with the utmost seriousness to ensure this does not happen again.

But Stormzy’s epic response shows how vital it is to “understand” how this happened in the first place. Because as he explained on Instagram, for too many Black people, this is far from a one-off incident. He apologised to those who hoped to see him perform, but raised the bigger issue: 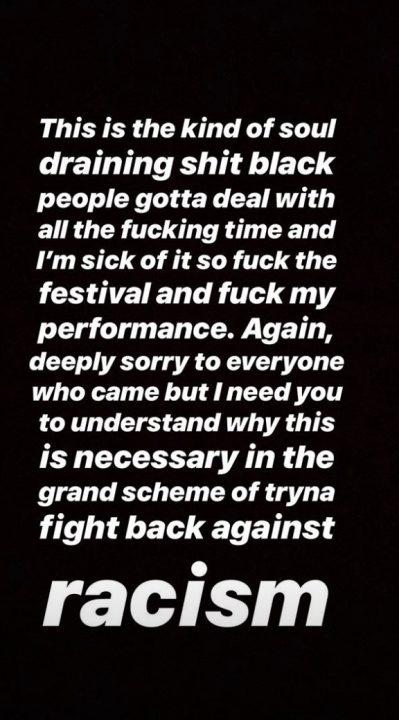 Stormzy’s action was crucial in the ongoing fight against racism. He apologised unreservedly to his fans, saying: 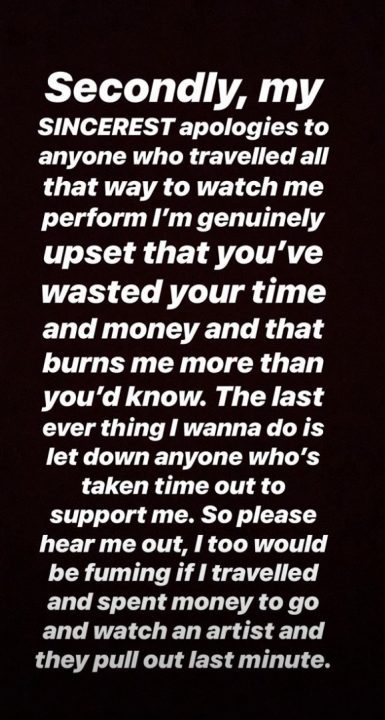 But what he did was vital, as he explained: 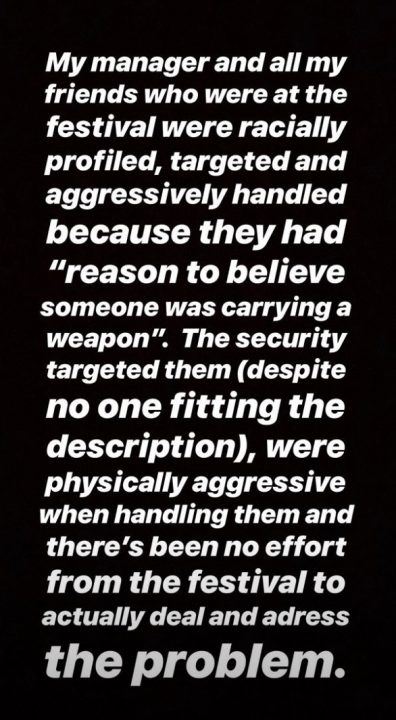 ‘Racial profiling’ uses “racial or ethnic characteristics to predict whether a person is likely to commit a crime”. It’s fundamentally based on stereotypes and suspicion. And although not an officially recognised policing strategy in the UK, the latest statistics show it’s rising.

In 2018, figures showed that Black people are nine times more likely to be stopped and searched by police than white people. Amid the ongoing debate about knife crime, it’s taken other artists like Akala to tear down the myths about links between ethnicity and violent crime.

Stormzy made it clear that cancelling the gig wasn’t a decision he took lightly. But he stood his ground to make an important point “against racism and racial profiling”: 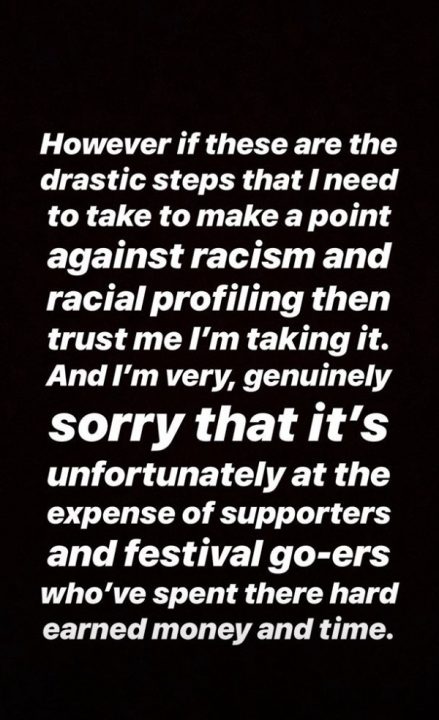 Labour’s David Lammy was “first frisked, groped and harassed by the police” aged 12. Because as he explained, “they said I matched the description of a mugger”. But as he knew:

The reality was that they could not tell one black boy from another… Speaking to young black men in my constituency and looking at the statistics, it’s clear that nothing has changed.

As Lammy said, this pattern of control and suspicion:

perpetuates… a paranoid and generalised suspicion toward an entire community. The ingrained image of black men being searched by the police feeds into the collective illusion that black men everywhere need to be policed more than others.

So Stormzy was spot on to call out the festival security. Because it seems clear that it was yet another example of systemic and institutionalised racism.

All power to him for raising his voice to ensure this issue can’t be ignored.