Watch Akala tear down the myths about violent crime - Canary 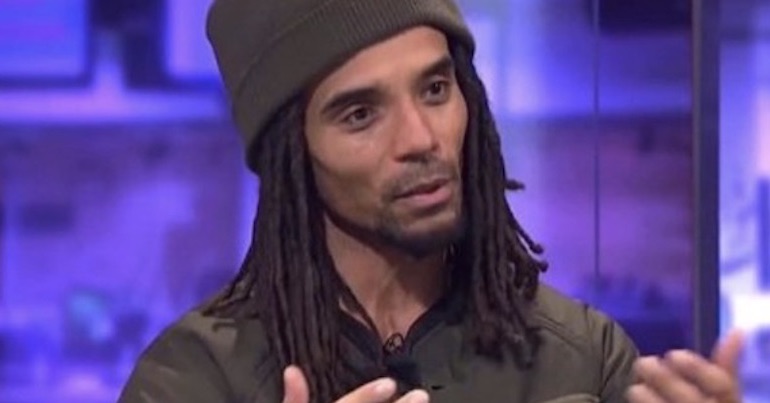 On 4 March, rapper, activist and writer Akala tore down some of the key myths about violent crime and gang crime. In just two minutes, he explained how important it is to tackle the real causes. As a society, we have to move beyond damaging stereotypes to stop the tragic deaths of more young people.

Speaking to Jon Snow on Channel 4 News, Akala pointed out that gang crime isn’t a “new problem” and challenged the “moral panic” over the latest rising crime figures. As he explained, “violent teenage youth gangs” have been around for a long time. But crucially, as he stated:

The social indicators of that violence have remained identical for almost 200 years… Poverty, domestic abuse, lack of education – so expulsion from school. So for example, almost half the people in prison today in Britain were expelled from school as children, versus just 1% of the population as a whole… about half the people in young offender’s institutes were at some point in care growing up, versus about 1% of the population as a whole.

And he made a vital point, that whilst in the current ‘moral panic’ the debate has been focused on Theresa May’s cuts to police numbers, or imposing “tougher sentences” on offenders – this ignores deeper issues in society. There’s no doubt that the loss of one young person’s life is one too many. But to stand any chance of saving lives, it’s so important to understand Akala’s position.

"Every generation pretends gang crime is a new problem."

Akala also went on to point to crucial research done by Dr Baz Dreisinger. Her PhD focused on the background of people in prisons “all around the world”. As Akala notes, her work found no correlation “anywhere, between tougher sentences and reduction of crime”.

Snow then went on to ask a crucial question about the relationship between race and gang violence. And with some simple well-researched statistics, Akala tore down this argument:

There are 1.2 million Black people in London. In a bad year, 50 of them will kill someone. That’s less than 0.004% of the Black population. Therefore, anyone who thinks that Blackness is a sufficient common denominator for violent crime clearly doesn’t even understand what a common denominator is.

He laid bare this distinction by pointing to comparable figures in Glasgow. In 2005, there were 40 murders, in a population of 600,000 people. In pointing out that “a Glaswegian… was twice as likely to be killed as a Black Londoner” he reinforced his key point. The underlying issues, such as education and poverty, transcend race. As he said:

The media is also to blame. One family shared the devastating impact of perpetuating negative stereotypes on young Black people:

“People kept asking if my nephew was in a gang. He wasn’t”
The family of Ahmed Mohammed in Manchester tell me they gave the media a picture of him in which he was smiling, but some chose to use a picture of him “looking like a gangster” to illustrate the story.
Next on #c4news pic.twitter.com/hghCT4dZSE

And while the debate about police numbers rages, it’s also vital to remember that: “Institutional racism still plagues policing”.

Spending on policing will, no doubt, dominate headlines for some time. But let’s not forget cuts to the fire and ambulance services, the NHS, education, benefits and social housing. Or ignore brutal cuts to services and support for young people.

So it’s Conservative cuts in their entirety that we need to be talking about to tackle the root causes of crime and the state of our society in 2019. This underpins Akala’s words. It’s a message too important to ignore.