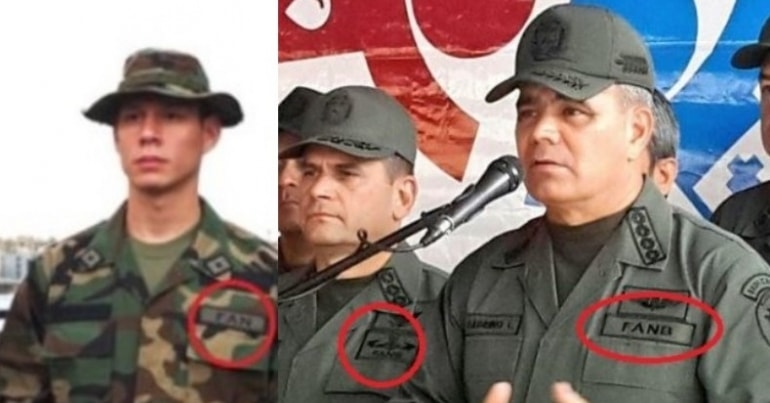 A recent Twitter thread has been debunking pictures that claim to show extreme hunger and violence in Venezuela. This thread, by ‘Morgan’, seems to expose propaganda on Venezuela being pushed by pro-coup voices both locally and internationally.

(WARNING: Some of the pictures below are graphic, and readers may find them disturbing.)

Those babies that the Venezuelan opposition claims are thrown into boxes isn't even from Venezuela- this photo is from Honduras in 2013, shortly after the U.S. staged a coup in 2009.https://t.co/cAStmCBDqq pic.twitter.com/ZVGZ2dnz69

2) Then, he looked at when ‘opposition’ violence became state violence: 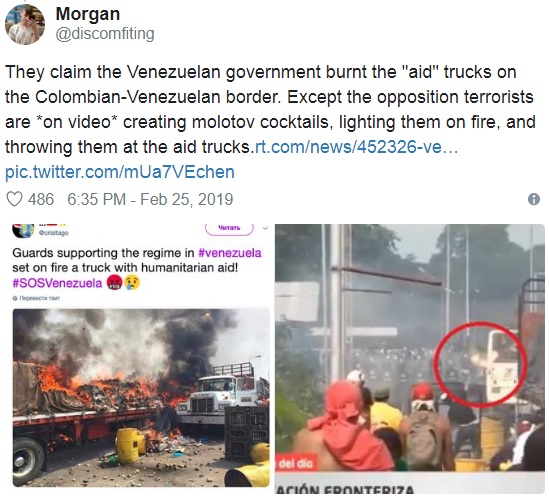 opposition activists were seen hurling Molotov cocktails, while standing only metres from the trucks. These reports were confirmed by on-the-spot journalists, including teleSUR reporter Madelein Garcia and others.

The Grayzone and others backed that up. 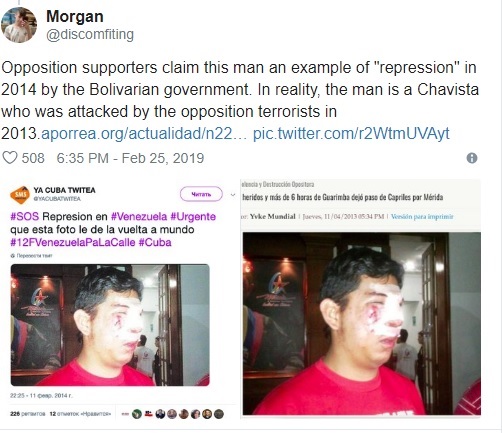 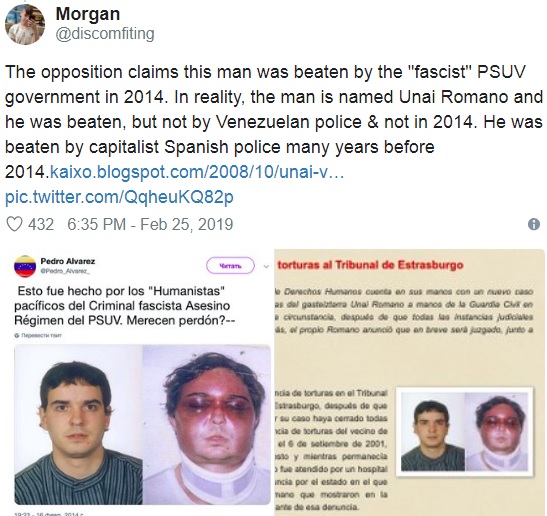 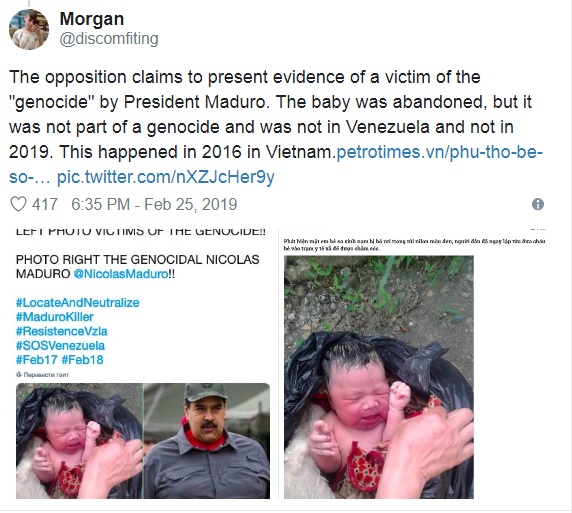 6) A group sex scene from an adult film, meanwhile, became a scene of Venezuelan police raping someone: 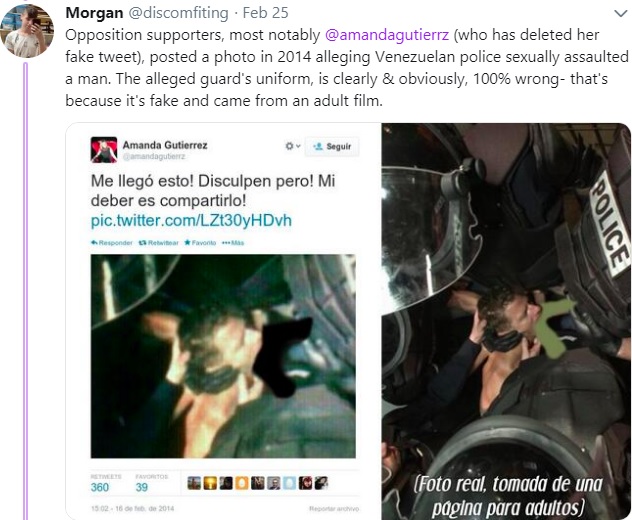 7) Morgan then highlighted how a child suffering extreme malnutrition in Argentina in 2002 (during a great depression that was worsened by international institutions like the IMF) became a Venezuelan child in 2017: 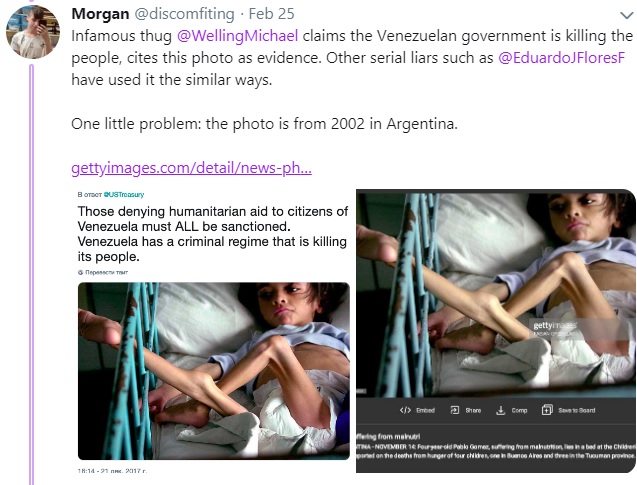 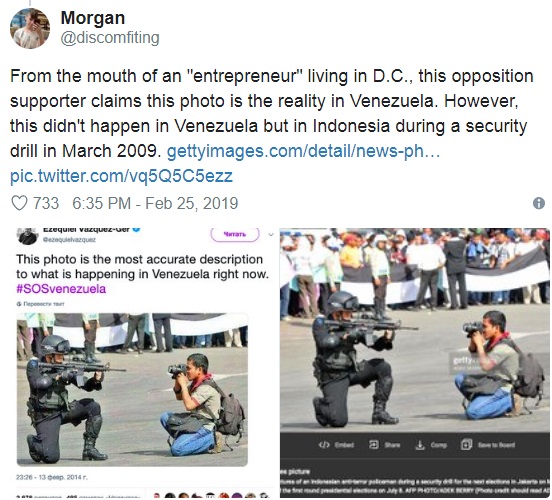 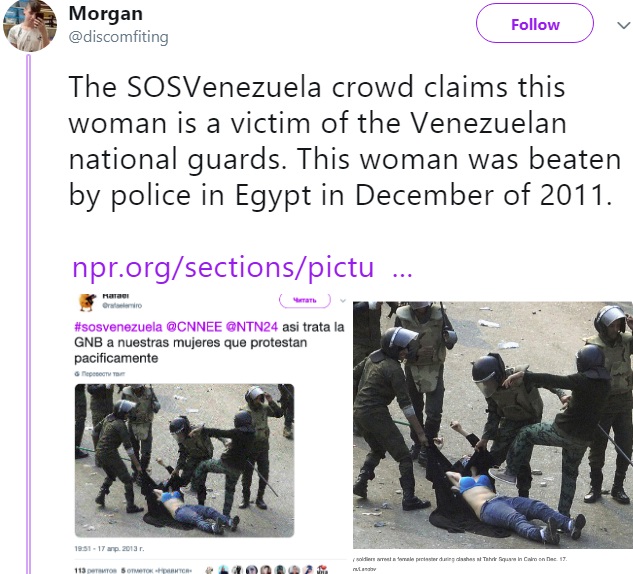 10) Some of the US media’s ‘recent’ Venezuelan military ‘defectors’, meanwhile, are wearing uniforms that are ten years old: 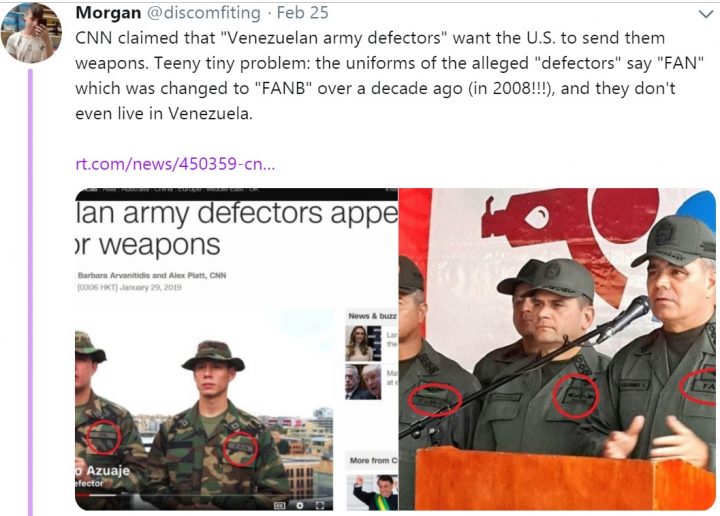 11) And finally, Morgan points out a case where it appears that a dead person comes back to life – to cover their genitalia: 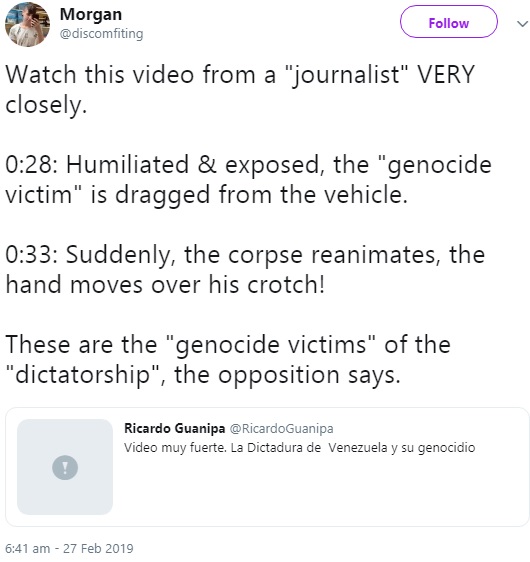 As Morgan says, people watching the news on Venezuela today should:

Treat everything the U.S.-backed Venezuelan “opposition” and the capitalist media says about the situation in Venezuela and regarding President Maduro with extreme scepticism. They have proven themselves to be untrustworthy, fraudulent liars, and immoral crooks.

Of course, the Venezuelan government is not beyond critique. And none of us are immune from the effects of propaganda. But let’s be clear, the coup supporters have been filling our newspapers, TV, and social media with disinformation and outright lies to ‘manufacture consent‘ for yet another illegal regime-change operation.

That’s why it’s the responsibility of the independent media and critical thinkers around the world to expose and push back against the propaganda’s ultimate objective: another disastrous coup in Latin America.