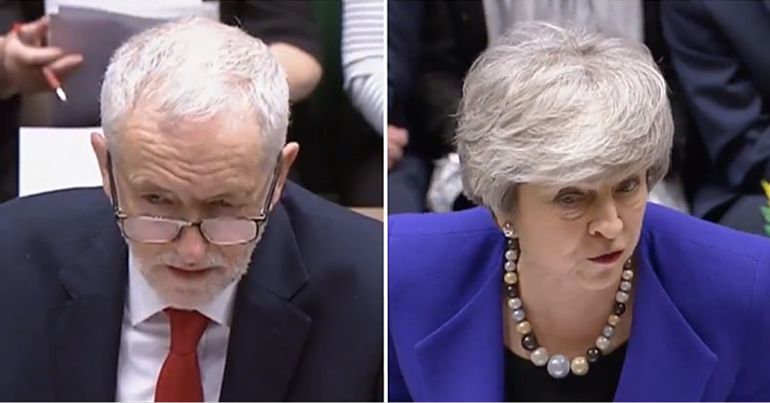 It’s clear why the political establishment, including the Labour right wing, is hounding Jeremy Corbyn. On 4 March, the Conservative government pulled a vital Brexit bill at the eleventh hour. Because Theresa May’s majority is too wafer thin to pass the bill.

May was weakened ever further after three of her MPs defected to a new centrist group. Her official ‘working majority’, with the DUP, now sits at zero, in an arrangement that ITV political editor Robert Peston describes as “unsustainable”. Even taking into account MPs that never vote, May is now no more than a few rebels from defeat in every vote.

A rebellion of reportedly “up to 22 Conservative MPs” forced May to pull the legislation. They rebelled to support a cross-party amendment to the financial services bill. That amendment aimed at introducing greater transparency to British overseas tax havens Guernsey, Jersey and the Isle of Man.

Shadow chancellor John McDonnell said that May backing down over the bill was “more evidence that this government is incapable of getting its business through parliament”. Indeed, May’s government depends on the support of the extremist Democratic Unionist Party (DUP). In November 2018, the DUP abstained on key votes for the government’s finance bill, threatening a loss of supply for the government. ‘Loss of supply’ means the government can no longer pass fundamental funding legislation, which electoral law states is a “strong argument” for an early general election.

More likely than they’ll tell you

May’s administration hasn’t announced when another vote on the Brexit financial services legislation will go ahead. But the bill is one of several that must pass before the UK leaves the EU. After Brexit happens, it’s difficult to see how May’s government can continue. Because she is essentially in office but not in power. With that in mind, a general election is more likely than the establishment would like you to believe.