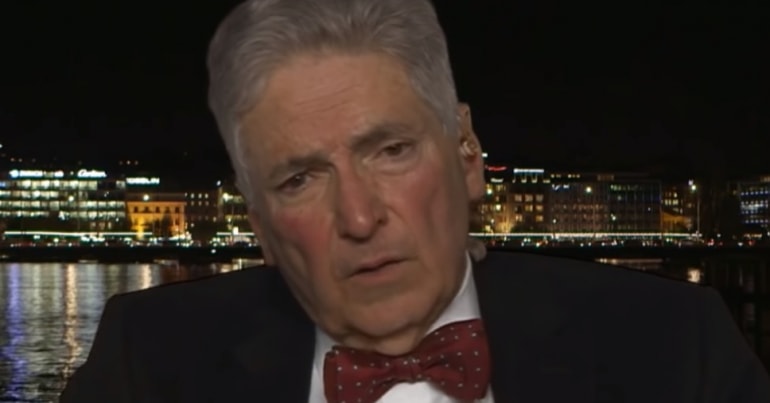 Former UN human rights expert Alfred de Zayas has blasted what he called the “weaponisation of human rights”. De Zayas is the first UN investigator to visit Venezuela in 21 years. He was critiquing the use of ‘human rights’ and ‘humanitarian’ language by Western powers, as well as corporate press coverage of the situation in Venezuela.

"When you deliberately impose sanctions, & financial blockades & an economic war, that asphyxiate a country's economy… and as a consequence thousands of people die you have a case of crime against humanity"@Alfreddezayas tells @AbbyMartin re #Venezuelahttps://t.co/5yrfItXBwF pic.twitter.com/RnOG3gXqkz

Vanity project for the rich?

Richard Branson arranged a ‘Live-Aid-ish’ concert for ‘humanitarian aid’ on the Venezuelan-Colombian border on 22 February. The billionaire’s ‘Venezuelan connections’ apparently inspired him to arrange this event:

De Zayas, meanwhile, insisted that the solution to Venezuela’s food and medicine problems is “much easier than the band-aid of sending some packages of food”. In other words, the solution is to end the sanctions against Venezuela.

In fact, the Red Cross and the UN have slammed the West’s ‘politicisation of aid’. And that’s not even mentioning the fact that Maduro has already received aid via the UN, and continues to receive aid.

US sanctions & the "threat of enormous [financial] penalties" by the US Treasury has starved #Venezuela for cash & blocked food, medicine & medical equipment from going into the country, says UN expert @Alfreddezayas to @AbbyMartin, @EmpireFiles.#VenezuelaAidLive pic.twitter.com/6rLkINSU8I

In other words, any US-led ‘aid‘ efforts are inherently suspect.

The ‘mainstream press are complicit’

The people of Venezuela have every reason to doubt the true nature of any US ‘aid’. Because the US has been sanctioning Venezuela to “make the economy scream”, as establishment experts have admitted. So it’s down to us, in the allegedly ‘democratic’ West, to show our solidarity and demand our governments immediately cease their regime change efforts; before it’s too late.