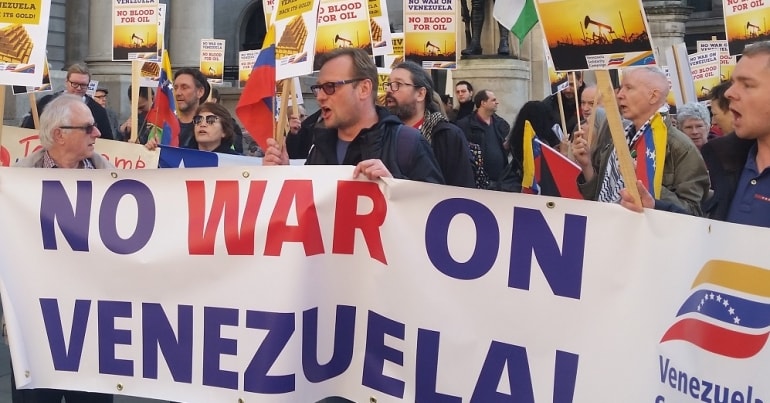 Up to 80 people attended a second rally opposite the Bank of England on Saturday 23 February. People from diverse backgrounds met up with a clear message: they demanded that the British state return the Venezuelan gold that it is withholding. This is the second such protest that The Canary has attended.

Demonstrators from all over the UK came to the #BankOfEngland to call-out the British government for withholding ~ £1.2bn of Venezuelan gold.

"Shame on you Bank of England" is among the many cries.

No one The Canary interviewed was part of an activist organisation.

Ash, 40, a writer and musician, told The Canary:

I am here to support the protest because we have [a long] history of being complicit with America and [of] Western European so-called democracies… having nefarious interests in South America; destabilising democratic governments, overthrowing them; supporting dictatorships… [Chilean dictator] Pinochet comes to mind. 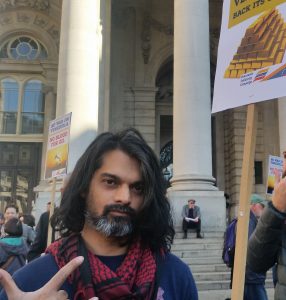 Cheryl, 64, is originally from Trinidad and Tobago. She told The Canary that:

I am here today to give support to Law and Order. Because what is happening in Venezuela is complete lawlessness headed by the chief international rogue state USA; dragging its proxies in South America and… the EU to break international laws. 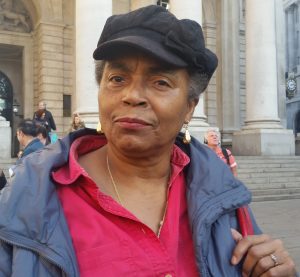 if they had concerns for Venezuelan people, they would lift the sanctions, order the Bank of England to give back Venezuela the £1.3bn in gold, stop the banks from holding Venezuelan accounts – which is stopping the Venezuelan government from doing their duty to the people.

The Canary asked Cheryl for her reaction to the fact that most of the small island nations of the Caribbean openly resisted intense pressure from the US and opposed the US-led coup attempt. She said she was “pleasantly surprised’:

because… being small, you are an immediate target of the US and then you are done. Because they can do damage to you.

Naila, 37, who came from Birmingham just for the demo, told The Canary:

I am opposed to wars for regime change – wars for oil – and I am here for solidarity. 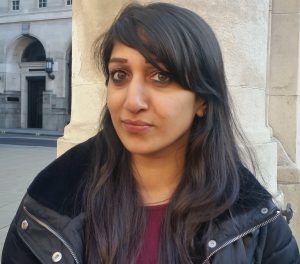 Imperialism by another name?

Remarkably, the actual gold in question was mined in Venezuela. The Conquistadors stole South America’s gold for centuries. Now we do the same, only under the guise of democracy and liberty.

Britain is offering ‘aid’ to #venezuela while withholding $1.2 billion of gold.

America does the same while enforcing ruinous sanctions.

Now @richardbranson holds a #VenezuelaAid concert at the border.

This is a coup. Venezuelans need the economic warfare to end. pic.twitter.com/SDI5fMLwyh

Former mayor of London Ken Livingstone also called out the long and sordid history. And he blasted the British press for failing to discuss the achievements of the Venezuelan government over the past 20 years. 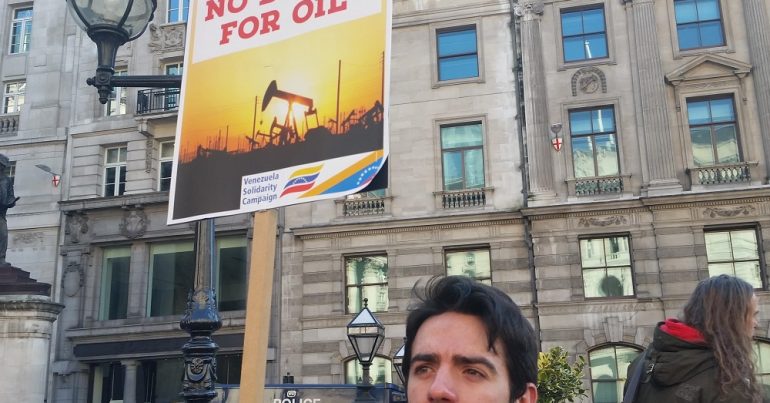 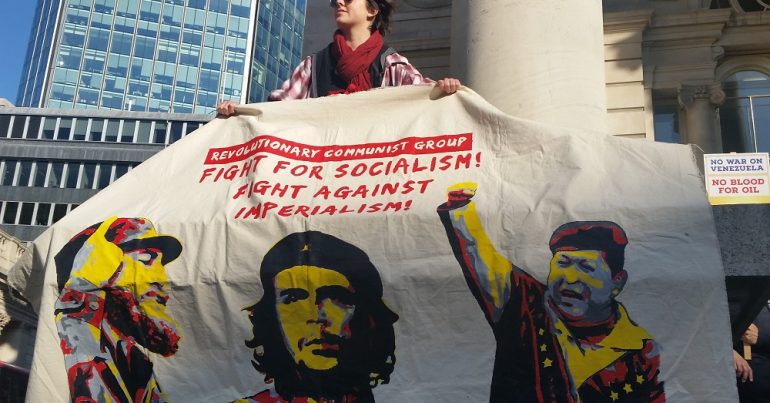 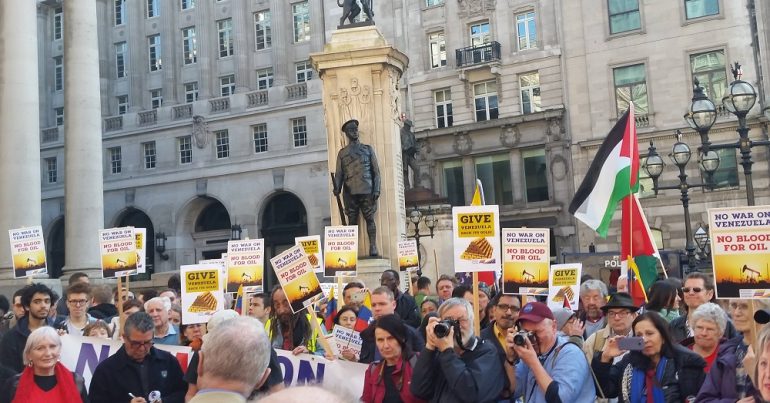 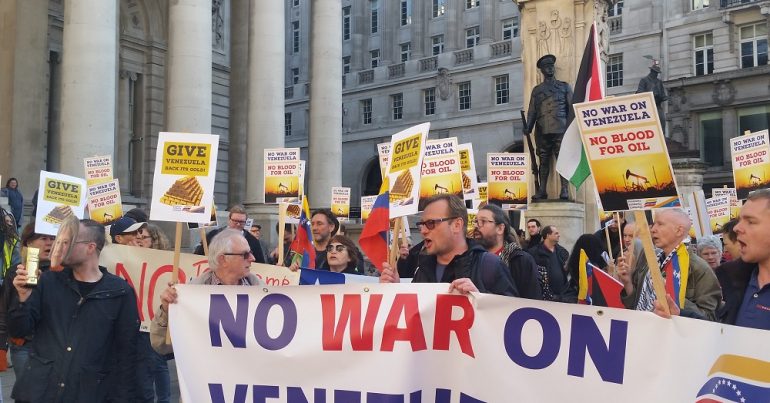 “Bank of England shame on you”

People chanted out "No blood for oil" across from the #BankOfEngland today.#Venezuela has the world's known largest oil reserves.

As Williamson put it:

How can anyone take Britain seriously when we talk about a humanitarian crisis, yet we are stealing money from the very country beset by those problems?