One tweet shows the terrifying priorities of the corporate media - Canary 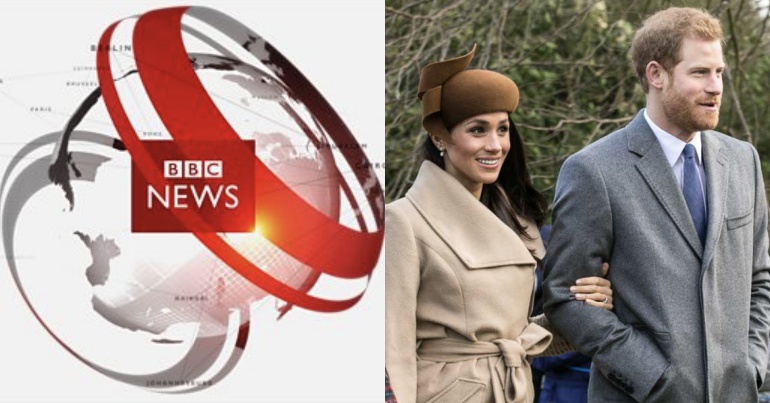 The other news that broke on 6 May was a landmark report from the UN Intergovernmental Science-Policy Platform on Biodiversity and Ecosystem Services (IPBES). This states that:

Nature is declining globally at rates unprecedented in human history – and the rate of species extinctions is accelerating, with grave impacts on people around the world now likely.

But anyone reading or watching the corporate news may well have missed this. BBC News, in particular, buried the news under six royal baby stories.

Channel 4‘s Alex Thompson summed it up in one tweet:

“A direct threat to human well-being”

The IPBES report was released following a five-day UN conference to discuss global biodiversity loss. As The Canary has reported, biodiversity is the total range of all living things and the interconnected relationships they have. IPBES chair Robert Watson said the threat of biodiversity loss to humans is “at least as much as… climate change”. According to the report:

1 million animal and plant species are now threatened with extinction, many within decades, more than ever before in human history.

Prof Josef Settele, one of the report’s authors, stated:

This loss is a direct result of human activity and constitutes a direct threat to human well-being in all regions of the world.

Greenpeace’s New Zealand executive director Dr Russel Norman said: “We knew it was going to be bad, but not this bad”. He continued:

As Norman also noted, this report highlights that the biodiversity crisis puts “all of humanity at risk unless we take action immediately”. So it makes sense that this news should dominate headlines.

The 'pathology of normalcy' captured in a single screenshot. Completely and utterly insane. https://t.co/2gmb7HumaO

“We stand no chance”

The following day, the IPBES report only featured on two front pages in the UK press. Royal baby news dominated all the others:

If you asked me: "which industry presents the greatest environmental threat, oil or media?", I would say "the media". Every day it misdirects us. Every day it tells us that issues of mind-numbing irrelevance are more important than the collapse of our life support systems.

As sixteen-year-old Greta Thunberg noted, “we stand no chance” unless the media steps up and ‘takes responsibility’:

A new UN report concludes that 1mn spices risk extinction because of human activity. And that the destruction of nature threatens humanity.
And yet, this is not top news. As long as it continues like this, as long as the media fails to take responsibility, we stand no chance.

No one wishes Harry, Meghan, or their new baby any harm. But if our corporate media doesn’t change, there’s quite literally no future for their son, or for any of us.