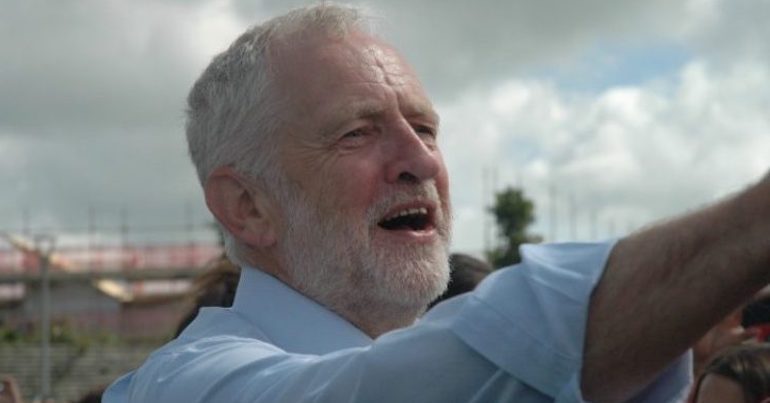 On 12 June, Jeremy Corbyn’s Labour Party tried to begin the process to block a no-deal Brexit. But Theresa May’s administration voted the motion down (309 votes to 298), proving once and for all that blaming Corbyn for the Brexit crisis is a scam.

Only the Conservatives can stop Brexit

As The Canary‘s Frea Lockley summarised:

On 11 June, Labour tabled a cross-party motion to stop a no-deal Brexit. The motion aimed to give MPs full control of the commons agenda on 25 June. So this meant that opposition parties could introduce binding legislation and stop the next Conservative prime minister from forcing through a no-deal Brexit

Labour’s motion was defeated because the party is in opposition, and doesn’t have the numbers to out-vote the government. It’s always been the case that only Conservative rebels can stop a hard Brexit.

Yet rather than trying to bring Conservative rebels on side, Remainer centrists have long blamed Corbyn for Brexit. Take Guardian writer Barney Ronay:

Yeah imagine finding your interests aligned with the far right and passively waving their special project through. Mind boggles eh

And even after the latest vote, centrists like Change UK MP Chris Leslie continued blaming Corbyn:

Anti-No Deal Tories like @RoryStewartUK voted in favour of No Deal today, simply because Corbyn voted the other way.

This is a remarkable campaign by established standards. I wonder if it’s over. https://t.co/J06RV9QIFN

But Stewart, who on 11 June claimed his “opposition to No-Deal is unwavering”, voted against Labour’s motion. With that in mind, people called out the lack of consistency from Stewart and his ‘liberal’ supporters:

Looking forward to centrist explanations as to why Jeremy 'Secret Brexiteer' Corbyn did his damnedest to block no-deal Brexit, while their new poster boy Rory 'Unwavering Opposition' Stewart voted against https://t.co/NkZmGbXae5

FBPE have consistently shown hostility towards Jeremy Corbyn and Labour yet have shown a soft spot for Rory Stewart.

Labour, including Jeremy Corbyn, are helping lead the way to stop a no deal Brexit. Rory Stewart says he will not support the motion.

Could FBPE wake up please. https://t.co/d76jAWAQAP

Rory Stewart voted for No Deal today, and Corbyn voted to stop it. https://t.co/G4LzxlSinG

Labour's motion to stop no-deal Brexit just been defeated by 11 votes.
Tories whipped against the motion – all opposition parties supported.
As I keep saying, Labour cannot stop Brexit, only Tory rebels can.
But no doubt centrists will find a way to blame Corbyn instead of Tories

Corbyn has done everything in his power to stop a no-deal Brexit and remedy May’s deal. On 27 March, MPs cast non-binding votes for different Brexit options. Corbyn’s Labour supported all the motions to either soften or have a confirmatory vote on Brexit. Nonetheless, Remainer centrists continued to blame him.

They attack Corbyn, while fawning over Stewart – a Tory who just refused to even help block no-deal. What this shows is that, for many Remainer centrists, bashing Corbyn is more important than actually stopping a Tory Brexit. They should hang their heads in shame.