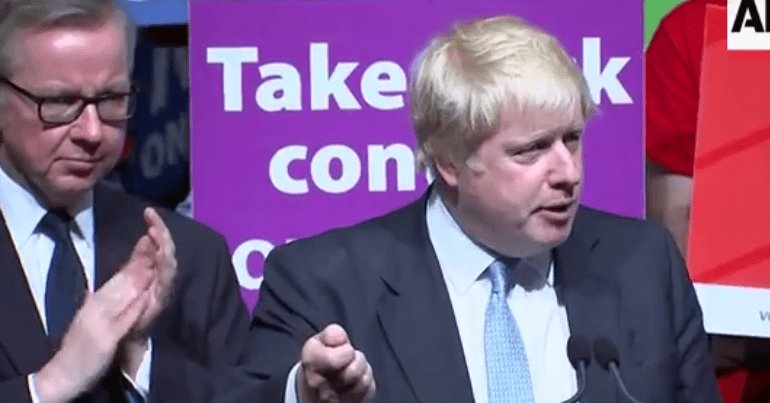 People have accused the Metropolitan Police of covering for Boris Johnson. That’s because the Met initially denied that they had any record of a neighbour calling them after hearing a disturbance between Johnson and his girlfriend. According to the Guardian, it was only after the news outlet provided reference numbers and information identifying the police vehicles that the Met admitted attending the scene.

The Met now denies this chain of events.

The Guardian reported that the neighbour phoned the police after hearing “screaming, shouting and banging” from the flat and knocking three times to try and make sure they were okay. Carrie Symonds, Johnson’s girlfriend, was also heard shouting “get off me” and “get out of my flat”.

After initially saying they had “no record” of the incident, the Met then released a statement:

At 00:24hrs on Friday, 21 June, police responded to a call from a local resident in [south London]. The caller was concerned for the welfare of a female neighbour.

Police attended and spoke to all occupants of the address, who were all safe and well. There were no offences or concerns apparent to the officers and there was no cause for police action.

The press office did not at any point deny or refuse to confirm that police had attended an address in Camberwell, and any suggestions of a ‘cover up’ are completely false.

On social media, people had questions:

The most shocking line here is that the police seem to have attempted to cover up what happened in the first instance? Another reason why Boris Johnson is completely unfit to be PM: https://t.co/7oqgDTeb7E

Is nobody concerned that the Metropolitan Police tried to deny they attended the flat of Boris Johnson & Carrie Symonds.

They said it never happened until the guardian presented them with an incident reference and Police vehicle markings?

That needs investigation in itself.

A striking line in this: “Police initially said they had no record of a domestic incident at the address.” https://t.co/yjfDAA4Mhc

Given Symonds was shouting phrases like “get off me”, it’s right that the neighbour phoned the police. What’s worrying is the police apparently initially sought to deny that anything happened. The police must treat all citizens as equals and not go above and beyond to protect elites.