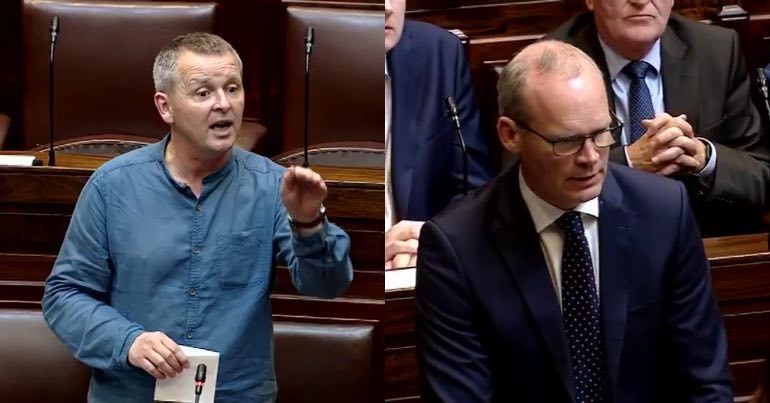 A member of the Irish parliament has accused the government of being undemocratic due to its ability to stop bills from progressing. As a result, Richard Boyd Barrett of People Before Profit (PBP) argued that the government is “sabotaging and subverting the democratic and legislative process”.

a bill passed twice through the Dáil [parliament] to give access to medicinal cannabis.

Yet the government blocked the bill, like others, using what’s known as a “money message”. This is a relatively obscure piece of legislation. It allows the government to block any bill it claims will have an effect on spending and taxation. And because of this, it has an effective veto over almost any bill.

WATCH: @RBoydBarrett accuses Govt of "sabotaging and subverting the democratic and legislative process" for stalling the progress of legislation through the use of the little known "money message" rule. pic.twitter.com/M7ZukXjncr

Among the bills blocked via this method is a bill which would stop evictions, and another which would have provided “objective sex education in schools”. The government also blocked a climate emergency bill that would have banned the granting of new exploration licences to fossil fuel companies.

Boyd Barrett insisted that this is:

an abuse and sabotage of the democratic and legislative process.

And on Twitter, he called the practice a “Disgrace!”.

The same day Boyd Barrett made his comments, parliament passed a bill which the government had earlier said it would block. The bill would “give workers a legal right to the tips they earn”. And it passed in the parliament by 75 votes to 41.

But before members of parliament could even vote, the government had stated its intention to block it. The minister for employment affairs and social protection said she “asked that a money message be required” for the bill. And as a result, the future vote of 75 – 41 was meaningless given that the bill was effectively vetoed beforehand.

With the government’s tendency to block bills it doesn’t like, democracy in Ireland is hollow. It means that while the government continues to do nothing constructive about Ireland’s housing and homelessness crisis, it’ll block any potential solutions.

This is not what democracy should look like. But unfortunately, this is the kind of fake democracy we live in. And given this, it means we need to fight even harder to make the changes we need and deserve.