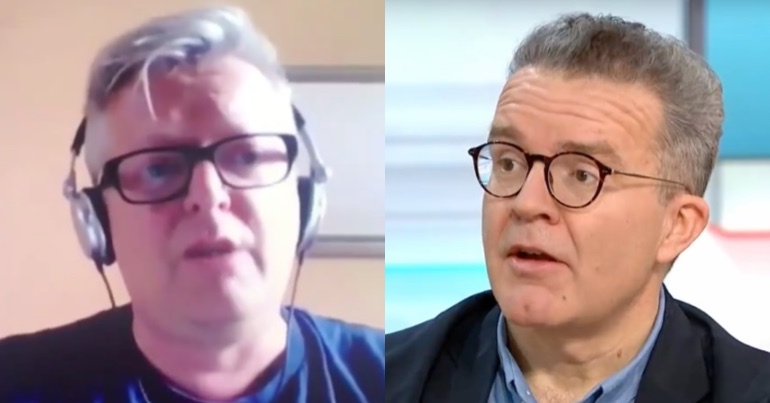 In a recording obtained by Sky News, a member of Labour’s National Executive Committee (NEC) has accused deputy leader Tom Watson of using antisemitism to attack the leadership.

The publication of Darren Williams’ views will be welcomed by some on Labour’s left. Many people view Watson as a constant thorn in the side of the leadership and a threat to Labour’s electoral success.

Undermining how antisemitism is tackled

Regarding how the party has dealt with antisemitism accusations, Williams said:

What is particularly frustrating, I think, is the way that certain key figures in the party – including obviously Tom Watson – have undermined, in my view, the way that the party has tried to deal with the issue in a serious and consistent fashion.

Williams specifically referred to Watson’s public suggestion in February that all complaints be forwarded to him personally. He argued that this:

was obviously undermining the work that the party itself was doing, and was designed more to, I think, promote… his own position, and to attack the leadership, than to actually resolve the issues in any sensible way.

Williams on the wider issue of Labour antisemitism

Williams also commented on the broader issue of antisemitism accusations in Labour and how it was being handled.

According to Sky News, he argued that the problem was “completely unacceptable”. But he also recognised that it reflects only “a tiny proportion” of members.

He also stressed the lengths Labour has gone to in order to address the problem:

We have made a lot of concessions, including on the IHRA definition [International Holocaust Remembrance Alliance definition of antisemitism], some of which I wasn’t entirely happy with. But we are where we are, and I think the party has done enough to demonstrate to any fair-minded person that we do take the issue seriously. But that is clearly not going to stop the same people bringing the issue up whenever it’s convenient to do so.

Others are sick of Watson too

Novara Media’s Michael Walker talks about Watson like a parody of a saboteur:

They are silent because @BBCNews are allowing them to be. If this was Labour with Judaism is anyone seriously suggesting it would not be top of the hour, with Tom Watson decrying poor leadership on the headline slot of tomorrow morning’s Today show? https://t.co/nWL7IXvmew

And in a piece for the Guardian, Dawn Foster tore into Watson for his conduct:

COLUMN: If Tom Watson had guts, he would quit Labour. Instead he is wrecking the party https://t.co/0D2gBRoAqa

Foster accused him of being an example of a Labour MP who:

Make[s] a living by constantly attacking the leadership and promoting themselves over the party.

wrecking [the party] week by week, hoping to terminally undermine the leader and then inherit the ruins.

Foster also argued that the consequence of Watson’s attacks will:

not be electoral success under another Labour leader, but a Tory victory. And the people who need a Labour government to change their lives and communities are unlikely to forgive people like him.

Hopefully, more will follow Williams’ example and call out Watson

Sometimes it’s hard not to conclude that right-wingers like Watson would rather see Labour fail and the Tories in power than let Labour’s left succeed.

To stop this from happening, let’s hope more influential Labour figures follow Williams’ example and fight back against the likes of Watson.