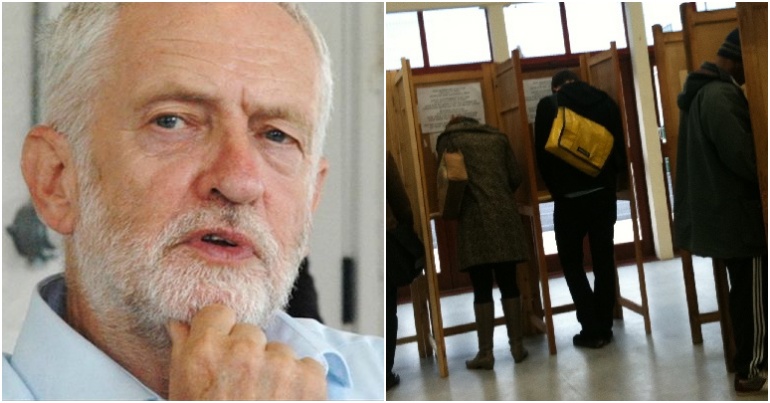 The government recently announced plans to introduce ID checks at polling stations ahead of the next general election. The move is said to be an attempt to “safeguard against electoral fraud”.

However, only allowing people with photo ID to vote will have a massive impact. It may well block the poorest and most vulnerable people from voting.

The number of people likely to be affected is staggering. Labour leader Jeremy Corbyn said it could affect over 11 million people. He also called it a “blatant attempt” for the Tories to rig election results:

Millions of people across our country do not have access to any photo ID. If the Tories try to say the ID has to be a passport or driving licence, that tops 11 million.

Voter ID is a blatant attempt by the Tories to rig the result of the next General Election.#Marr #Ridge pic.twitter.com/wJx1Dt7xSn

Voter ID is a blatant attempt by the Tories to rig the result of the next general election.

3.5 million don’t have access to any photo ID. If you restrict that to passport or driving licence it’s 11 million.https://t.co/rX9nugdcCQ

And other people also agreed:

👇This: thinly-veiled attempt to rig results of future elections. 2018 pilot showed that voter fraud was inconsequential but turned away disproportionate no of vulnerable voters. We need more participation in democracy not less. ⁦@LibDems⁩ https://t.co/Ec1wxohZ8q

This is voter suppression. It will hit poorer and minority communities, just as it does in the US.
https://t.co/UG22Wf6YVY

Not only is voter fraud statistically a negligible issue, the implementation of ID checks will disproportionately affect non-Tory voters the most:

People turned away in just 8 council areas in trials: 819

The UK needs more #democracy – not less. #VoterID that will prevent and discourage the young, the poor, the vulnerable from voting.
And favour the Tories.

Poor people, disabled people, ethnic minorities, trans people, young people and the elderly – all are likely to be disenfranchised as a result of voter ID checks:

How many people on universal credit or zero hour contracts can afford the luxury of driving lessons? Or a passport? This is the Tories through & through. Throw millions of people into poverty then take away their rights to vote.https://t.co/FNwfm1aYHg

Voter suppression. This will disproportionately affect younger, BAME, and less wealthy voters. If this ever gets to the Commons, anyone who calls themselves a democrat needs to vote it down to the depths, where the Tories deserve to be. https://t.co/LaRFt3jp8v

What election fraud? As has been proved over and over in the States, the only thing that demanding photo ID before you’re allowed to vote🗳 does is to disenfranchise minority groups and the elderly. There is no evidence of any election fraud in the UK.🙄 https://t.co/10xoSfLUM8

I recently helped two youngsters get ID so they could celebrate their 18th birthdays. They're students so it was very expensive for them and not a particularly easy process.

This is clearly aimed at stopping young people from voting. I wonder why?https://t.co/ELWa9jyclv

Some people have called for free IDs to be made available for everyone, so that photo ID won’t become a barrier to voting:

If you want to enforce this – you should give out free ID for everyone to bring. Formal ID is so costly and difficult to obtain. https://t.co/cJ0lo394V9

Moreover, registering for a postal vote is an accessible way to vote without having to present ID:

As a presiding officer at elections, I have never had a case of voter fraud, and never had grounds to suspect someone.

If the Tories are going to do this, I'd encourage everyone to vote by post instead.

P.S. Make sure you register to vote! https://t.co/eoyvpIcxc5

If you dont have photo ID dont forget you can register for a postal vote. Dont let your right to vote to be taken from you https://t.co/gVt7EHBHD0

A move like this, which would disenfranchise millions of the poorest, most vulnerable voters in the country, only epitomises this Conservative government’s track record. Luckily, the motivations behind this cynical attempt at tackling electoral fraud are plain for a lot of people to see.