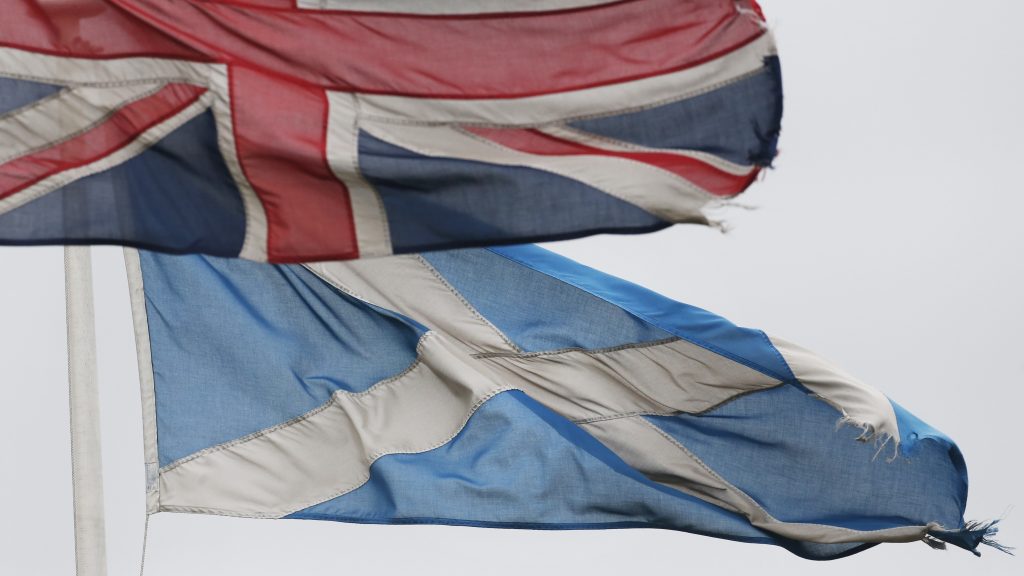 Support for Scottish independence has risen to 50%, according to a new poll.

The Panelbase survey for the Sunday Times Scotland also found more respondents than not believe the Scottish economy would be better off with independence in the EU than in the UK after Brexit.

The 50% figure backing independence marks a five point increase on the 45% Panelbase registered on average in its polls last year, which mirrored the 45% yes 55% no result of the 2014 independence referendum.

It is up on the 49% recorded in the paper’s last poll in June and is a record high for its regular Panelbase polls on the issue.

Given a choice between a no-deal Brexit and an independent Scotland, there was a 54-46 lead for independence, up two points since April.

The poll of 1,003 voters in Scotland carried out between Wednesday and Friday found 45% of people believe Scotland will be better off economically as an independent country within the EU rather than staying in the UK after Brexit.

The findings were released on the morning of the SNP’s autumn conference in Aberdeen, where the party’s Westminster leader is expected to tell delegates Scottish independence will be the focus of any forthcoming general election campaign.

He will say that retaining the party’s majority of Scottish seats at Westminster will re-affirm the mandate to hold another referendum on Scottish independence.

The poll indicates large gains for the SNP at the next general election, with the party on 39%, up one percentage point since June.

The Conservatives are also predicted to gain at 21%, up three percentage points since June, while Labour is on 19%, up two.

The Liberal Democrats are unchanged on 13% and the Greens unchanged on 2%, while the Brexit Party was on 5%, down four percentage points since June.

Sir John Curtice, professor of politics at Strathclyde University, told the paper the Conservatives face losing more than half of their Scottish seats.

He calculates the SNP will win 48 seats – up from 35 at the 2017 general election – with the Scottish Tories falling from 13 to five, Labour from seven to one, and the Lib Dems rising from four to five.