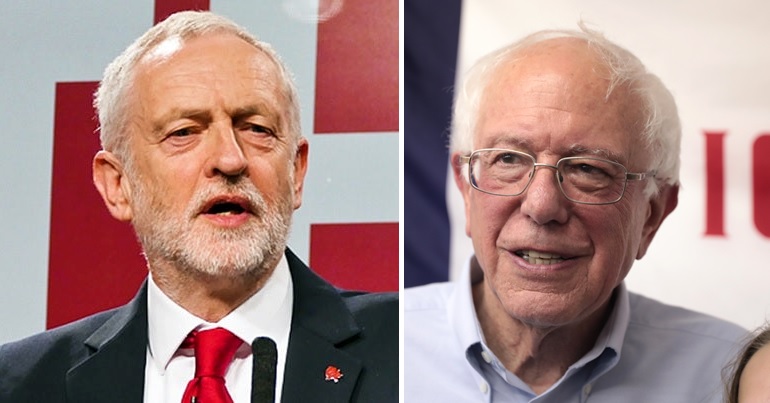 Thousands of anti-austerity protesters recently hit the streets in Ecuador, forcing the country’s controversial president to flee the capital. And as their actions pushed the country’s right-wing government to backtrack, Jeremy Corbyn and Bernie Sanders both sent their solidarity.

Great to see @jeremycorbyn offering his solidarity to the Ecuadorian people who've been standing up to brutally imposed IMF austerity in recent days.

We're part of a global movement against neoliberalism. pic.twitter.com/IQdK4Q4pnW

I applaud Ecuador’s Indigenous-led grassroots movements who stood up to repression and blocked the IMF's austerity agenda.

Others around the world also showed their support:

Victory for protesters, but repression continues

Protesters believed the measures Ecuador’s right-wing government was forcing through would cause the cost of living to rise significantly. And their resistance led the government to clamp down violently, suspending some civil rights and enforcing a round-the-clock curfew in the capital of Quito. This was the first such action imposed since a series of coups in the 1960s and 1970s.

Seven people reportedly died in the protests. There were also hundreds of arrests and injuries. But as teleSUR reported, the government dropped its “pro-IMF decree after agreement with Indigenous communities following UN-sponsored talks”:

Protests have forced Ecuador's government to back down from their IMF imposed austerity decree. pic.twitter.com/ZuU2gwA9Mo

Big feat for communities which made major sacrifices and left their regions, for more than a week to make their demands here in the capital. @teleSURenglish pic.twitter.com/xpYCh8eRhi

The government and indigenous protesters negotiated an end to almost two weeks of demonstrations against proposals to remove fuel subsidies as part of an IMF austerity package. The protests had paralysed Ecuador’s economy and cut off more than half of the country’s production of oil, Ecuador’s most important export.

Although many called Ecuador a “left-wing success story” from 2007 to 2017, with its centre-left government significantly reducing poverty and inequality despite continued US interference, the subsequent government of Lenín Moreno has moved further and further to the right, adopting the failed policies of austerity (while facing corruption allegations).

The UN and Ecuadorian Bishops’ Conference helped to broker talks between Moreno’s government and the Confederation of Indigenous Nations, which had brought thousands of indigenous protesters to the capital and organised protests across the country.

While the protests have now ended, however, there are claims that the government is still persecuting its political opponents:

She is the elected governor of Pichincha, and an ally of Rafael Correa. She joins a number of other leftists that have been pursued on trumped up charges. https://t.co/qk9g19L0NC

In particular, right-wingers (including Moreno) have accused regional centre-left politicians of being behind the protests – something protesters denied:

Both of them are blaming the huge anti-neoliberal protests on Madurohttps://t.co/JAxy2g64r4 pic.twitter.com/RTsRx0pRj4

Here's a recent tweet from cartoonist with 50k followers who is published in Miami and Washington DC. There's just been a sudden flood of tweets linking #Ecuador protests with "the spread of Communism". This is a media war. #EcuadorEnCrisis #SOSecuador #PrensaCorrupta pic.twitter.com/jfITCjGqeJ

Neoliberalism has failed. But it is far from dead.

The most extreme form of capitalism – neoliberalism (i.e. austerity, privatising anything public, and giving companies total freedom to do what they want) – has been incredibly destructive. It’s brought misery to ordinary people around the world for decades. And even its main backer has admitted that it’s boosted inequality.

There is hope, though, in the mass resistance of ordinary people – which is key in the fight against self-interested neoliberal elites. Recent events in Ecuador prove this. And in that battle, we know what side people like Corbyn and Sanders are on.