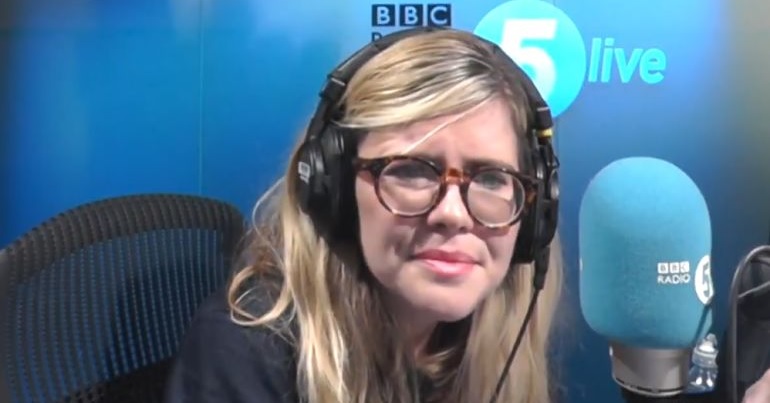 BBC radio host Emma Barnett interviewed Labour MP Lloyd Russell-Moyle on 31 October. And the discussion contained two absolutely jaw-dropping minutes after the MP raised one of his party’s key messages in the election: that it is on the side of “normal working people”, not the tax-dodging billionaire class.

What followed was an absolute gift to the Labour Party:

🗣️“I don't think anyone in this country should be a billionaire”

🎙️ "Why on earth shouldn't people be able to be billionaires?"

In the interview, Russell-Moyle said:

The tax dodgers or the billionaires? Some people aspire to be a billionaire in this country. Is that a dirty thing?

In short, the first thing the BBC host chose to do when faced with that question was stand up for billionaires by rushing to the defence of “some people” who want to be one.

I see the BBC is now taking the ‘aspiration’ discourse to defending… billionaires. Embarrassing. #GE2019 #GE19

Then, after the Labour MP explained that Britain should have a system where “everyone is able to live well and wealthy” rather than having billionaires, she said:

You don’t think anyone should be a billionaire? How are you gonna stop that?

And on and on it went. Barnett was incredulous at the idea of a billionaire-less Britain. No championing from Russell-Moyle of building a country that doesn’t “work for billionaires” but for “ordinary and normal people” could remove the derisive look from her face.

It looked like she just couldn’t believe that anyone would want to ‘remove these tax-paying aspirational beings from our shores’.

But the billionaire picture isn’t as rosy as Barnett made out. Yes, billionaires are liable for big tax bills because of their wealth. But as the Times reported earlier this year, around a third of Britain’s richest people have moved to a tax haven over the last 10 years, enabling them to avoid a hefty tax bill. Because their businesses are still located in Britain, though, the Times pointed out:

The Exchequer is denied billions a year but many of the bosses still reap the benefits of British assets.

Furthermore, as Labour is making much of in its election campaign, billionaires are often made on the backs of poorly paid workers, badly treated tenants, and reckless gambling with ordinary people’s finances. Billionaires are also literally costing us the planet. Because fossil-fuel behemoths continue to ravage the Earth to make more cash, even in the midst of a climate emergency.

So it isn’t incredulous for politicians to take aim at them – especially those who are placing themselves on the ‘side’ of the masses. And this played really badly for the BBC, something a number of people tried to point out:

Two free gifts for Labour today –
💥 Star BBC host asks “why on Earth shouldn’t people be billionaires?”
💥 Trump calls Farage to back Boris Johnson.
We Are Going To Win This. pic.twitter.com/d5yfKqkHPA

Extraordinary how horrified @Emmabarnett looks at the thought of anything threatening the rights of the UK's 150 billionaires.
That's 0.0002 of the population. @BBCNews trying desperately to portray the #Labourlaunch as the height of class warfare. Lol. https://t.co/GlBcqXMC7e

A truly amazing illustration of how ordinary people defend the interests of the plutes. https://t.co/MK6SR3hJdV

This is just day one of the BBC‘s reporting on the election campaign. If it keeps churning out stuff like this, it won’t hurt Labour’s chances.