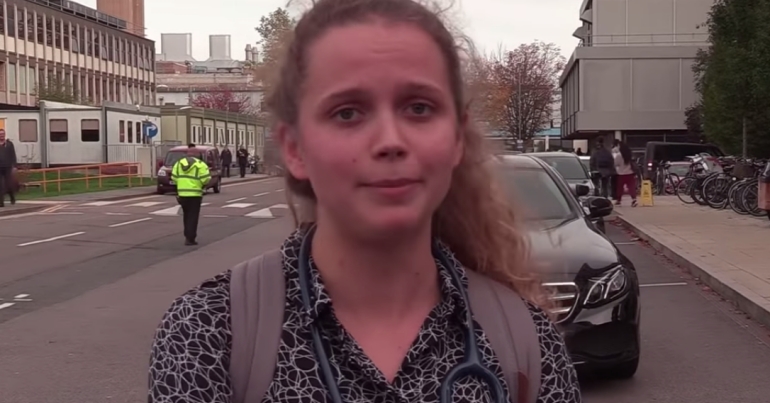 A medical student attempted to question Boris Johnson when he visited Addenbrooke’s Hospital on 31 October. But according to her account, she was “pushed away”. The student also claimed the visit was a “PR stunt”, and that staff “weren’t told that he was coming”.

The student said she tried to ask Johnson two simple questions: firstly, whether as a future doctor she’ll have “drug accessibility”; and secondly, “how will you prevent the climate crisis”.

These are questions that any future PM should be able to answer. But apparently not Johnson.

The student explained what happened:

I just came out of clinic and I was told that Boris Johnson was coming… as a normal person you never get that opportunity… I really want to ask him what’s next. And I was told I wasn’t allowed to ask him any questions, which I think is a really good sign it was a PR stunt.

She also talked about people at the hospital who:

Not a good start

It’s hard to imagine that Johnson could have as bad an election campaign as Theresa May in 2017. Because from locking local journalists in rooms to her ill-fated manifesto, that was a series of disasters.

But this was the first day on the campaign trail, and Johnson was booed. As he continues going out into the real world where ordinary people expose him and the damage his party has done, the greater the chance that Jeremy Corbyn will end up in Downing Street.