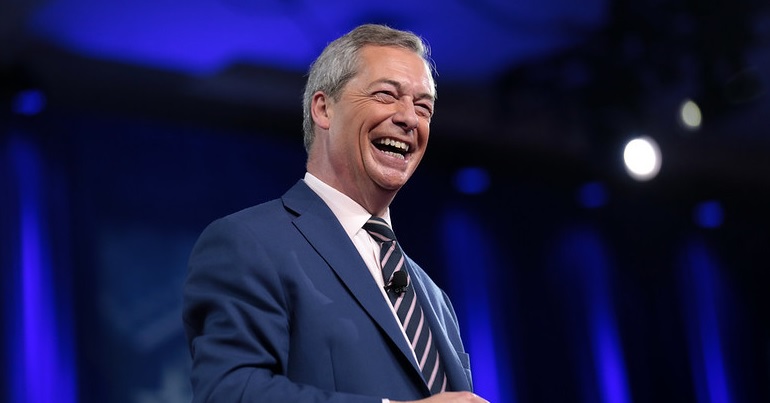 “Go DARK” for now. That’s the message the Brexit Party just sent its prospective election candidates in an email. The party’s creepy instruction to hide in the shadows on social media was seemingly made to give it time to devise a strategy for the election.

“Things will be made clear very soon,” the party said. But the speculation over exactly what its strategy will be really is the stuff of nightmares.

Terrific story. Brexit Party instructions to prospective candidates: “Important. Please all go DARK on social media. DO NOT respond to any questions about where we [are] standing, what the strategy or plan is from now on. Things will be made clear . . . very soon.” https://t.co/dyg8fVQkvG

The Financial Times and other outlets are reporting that Nigel Farage’s party is considering whether to “boost” the Conservatives’ chances at the general election by not standing candidates in most seats.

Great story from @sebastianpayne – could @Nigel_Farage throw @BorisJohnson an electoral lifeline? Brexit party refusing to confirm whether it still intends to fight every seat https://t.co/KZXJnlN1dY

I think it is important for us to be sensible. I think we ought to be targeted in terms of the number of seats that we decide to address.

I can imagine that might be 20 or 30. They would be entirely winnable then if you poured all your resources into them. You probably would not get any more if you concentrated on the 600. But you would also get a better result for Brexit too.

The Times reports that Conservative MPs are concerned that, if Brexit Party candidates stand in the majority of constituencies, they could lose certain seats. So if Farage’s party limits itself to 20 or 30, that could be a boost for Boris Johnson’s chances.

Farage, however, has called the speculation “utter rot”. And a Brexit Party source told Politics Home that the idea was just “wild speculation”.

Given those responses from Farage and the party insider, the jury is still out on what strategy the Brexit Party will actually decide on. It’s also not a given that, if the party does follow this plan to boost Johnson’s chances, that it will actually work out in that way. The best laid plans of mice and men do go awry, so the best laid plans of Islamophobia-peddlers and people who make racist ‘funnies’ are probably not a dead cert either.

But the very idea of some sort of pact between the Conservatives and the Brexit Party raises some hair-raising questions: like, what would the latter expect to get out of it? Would Johnson’s Brexit be enough? Or should we prepare ourselves for Steve Bannon being inserted as the UK’s culture secretary? Maybe just a deputy PM Farage would suffice?

Really, it doesn’t bear thinking about. At least it doesn’t for anyone who wants to sleep tonight.