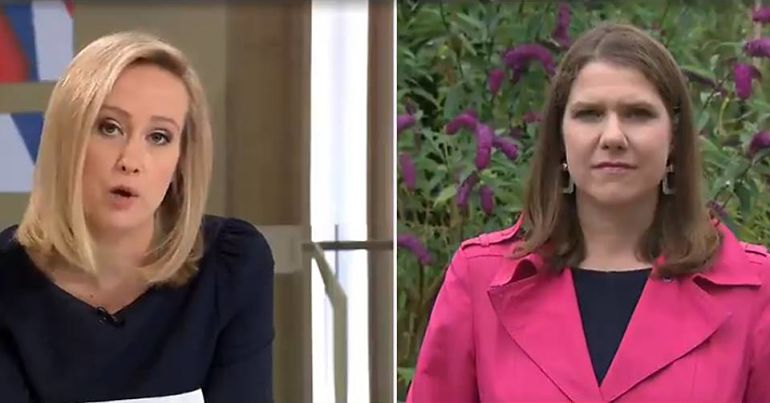 It was another bad week for Liberal Democrat leader Jo Swinson. She was called out for misleading the British people on The Andrew Neil Show on the BBC on 30 October. Then, on 3 November, Sky interviewer Sophy Ridge highlighted how Swinson’s party misled voters in North East Somerset. And, if that wasn’t bad enough, another damning Ridge interview resurfaced, highlighting Swinson’s shameful voting record while in coalition with the Tories.

Swinson believes she’s prime minister material. But these damning interviews, and the reaction from British people, show that pipe dream is unlikely to become a reality. She simply can’t be taken seriously.

Andrew Neil pointed out that Swinson misled the house of commons on Brexit. Swinson stated in the commons that the government’s own assessment in November 2018 said a free trade agreement, post Brexit, would mean the British economy “would shrink by more than 6%”. This would be, according to Swinson, greater than the amount the economy shrank during the 2008 financial crash.

But in fact, as Neil made clear, this assessment said nothing of the sort. Instead, it said the economy could be over 6% smaller in fifteen years’ time with a free trade agreement, compared to staying in the EU. This is a huge difference. Because it means that while growth in the British economy would be at a lower rate, it would still grow. This is the opposite of shrinking. And Swinson was reluctant to admit to her mistake. A clear understanding of finance is essential for any ‘would be’ PM.

So the reaction online was swift: 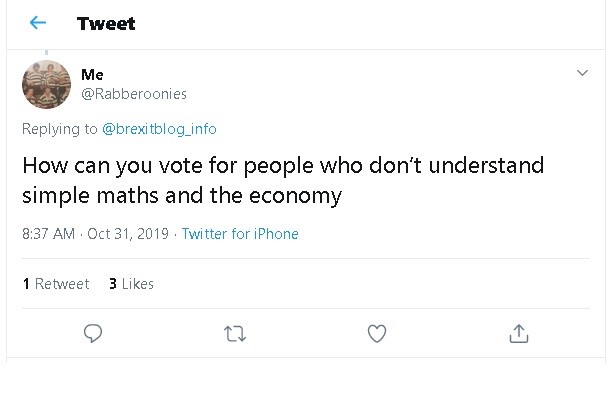 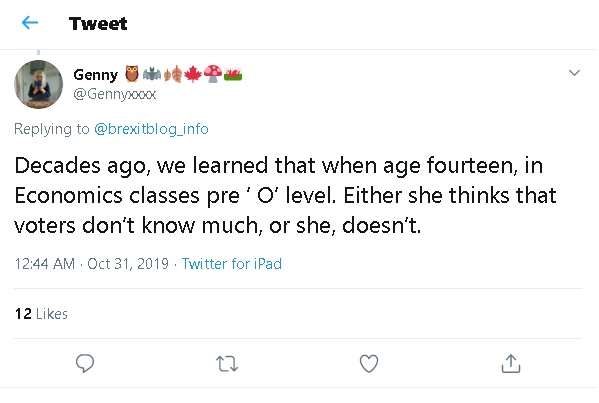 Then, on Sunday 3 November, she was caught out again for misleading the British public. This time it was on Sky‘s Sophy Ridge on Sunday. Lib Dem literature distributed in the North East Somerset constituency visually displayed the results of a Lib Dem survey of voters. And, as Ridge observed, the visuals gave the clear impression the election in this constituency was a “two-horse race”. The survey results showed the Tories on 38%, the Lib Dems on 32% and Labour on just 8%.

Sophy Ridge shows the awful truth behind those misleading Lib Dem bar chart leaflets – and it is as gobsmacking as that Tory lie on a bus, despite what Swinson says pic.twitter.com/aF622OA5HU

But, as again pointed out by Ridge, the very small print underneath these visuals explained the question that voters were asked. And this paints a much different picture. The question was:

Imagine that the result in your constituency was expected to be very close between the Conservative and Liberal Democrat candidate and none of the other parties were competitive. In this scenario, which party would you vote for?

Again, the online reaction was swift: 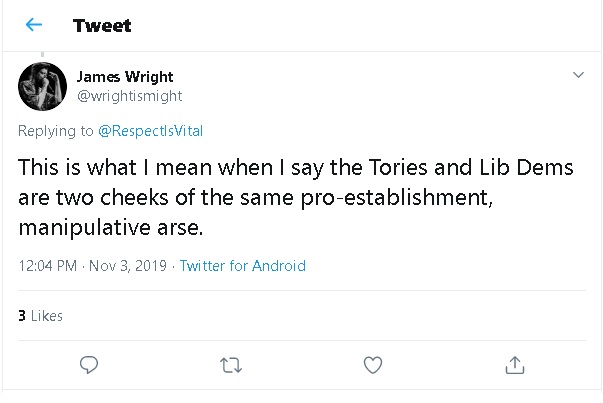 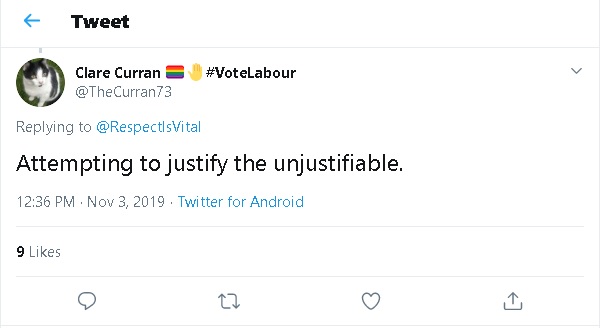 And just as things couldn’t get any worse for Swinson, an embarrassing interview, from a previous edition of Sophy Ridge on Sunday, resurfaced. This interview highlighted Swinson’s disgraceful voting record when in coalition with the Tories.

Priceless television. Jo Swinson made to listen to all the things she voted for with the Tories. pic.twitter.com/TjQurDypkc

Ridge pointed out that Swinson voted for:

Despite such deceit and a shameful voting record, Swinson is still deluded enough to think she could be the UK’s next prime minister. So these interviews serve as a timely reminder as to what British people would get with the Lib Dems. Not only is the notion that Swinson could be the next PM ridiculous, it’s also quite dangerous.