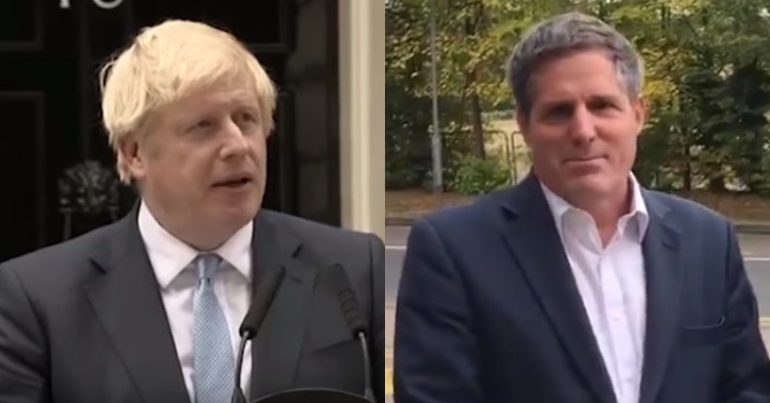 People are demanding that Conservative candidate for South Cambridgeshire Anthony Browne stands down because of “disgusting” racist comments he made about immigrants and Muslims in the UK. Browne is a former adviser to Boris Johnson.

As The Canary has reported, this is not the first time in this campaign the Tories have become embroiled in such a controversy.

Writing for the Spectator in 2002 and 2003, Browne blamed immigrants for bringing germs and HIV to the UK and accused Muslims of having divided loyalties. He wrote:

In his book Do We Need Mass Immigration? Browne wrote about Muslim leaders and warned the war in Iraq could lead to social unrest. He wrote:

Whatever the merits or demerits of war on Iraq, it is hardly a national strength to have a large minority with such divided loyalties during war.

Islamophobia is a problem in the Conservative party

Such Islamophobic comments are far from isolated in the Conservative Party. And it’s a problem the Tories appear reluctant to do anything about. In fact, it appears as if Johnson is backtracking on an investigation into Islamophobia in his party that he agreed to carry out.

And it appeared as if some people online were also aware of this trend. This included a member of the Conservative Party who has spoken out about Islamophobia in her party before:

As with former Tory candidate Antony Calvert, Browne attempted to defend his pathetic comments. He claims he made them while he was going through a:

He also said he regretted any offence caused by “past newspaper articles”, and it wasn’t his “intention to cause offence”.

The Canary contacted Browne’s office for further comment, but he did not respond by the time of publication.

So far this campaign has highlighted sexist and racist comments among the Tories as well as their cosy relationship with big business. These examples are making it clear where they stand when it comes to representing the interests of ordinary people. They simply don’t care.