While the media obsessed on the Corbyn heckle, Johnson got the lampooning of his life - The Canary 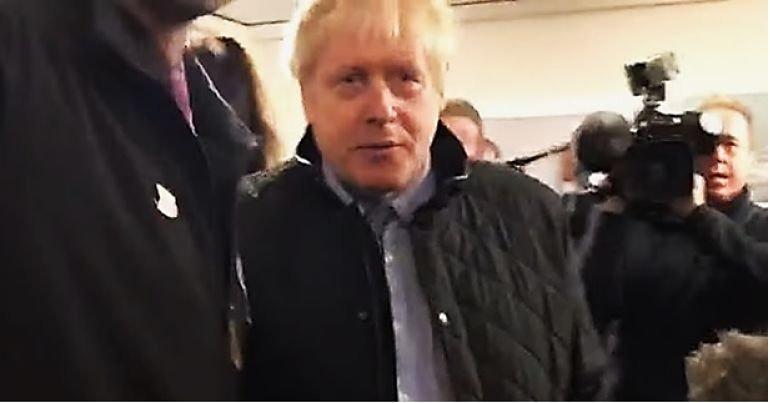 The media was all over the Islamophobic heckling Jeremy Corbyn got on 13 November. But at the same time, Boris Johnson faced the ire of residents in South Yorkshire, which has suffered floods recently. One man in particular gave the PM the lampooning of his life.

Johnson visited Stainforth on 13 November. On the streets, a number of people shared their thoughts on his leadership. One woman told the PM:

Johnson told the person who remarked on his tardiness that “we’ve been on it round the clock”.

But while in Stainforth, the PM also visited a donation centre, according to LBC. And the earful he got there was monumental. One man’s criticisms of the government went beyond its response to the flooding. He lampooned Johnson over the poverty in Britain, calling the country a “joke”. He said:

That wasn’t the only criticism over the impact of Conservative-led austerity that he faced at the centre either:

'Are you going to put it back, what's been cut over austerity?'

Another resident asks Boris Johnson whether he will provide more funding to Doncaster council.

The prime minister says, 'we are increasing funding for councils, I don't know the exact figures'. pic.twitter.com/84cvn4WIzZ

The Conservative government – and Sky News, apparently – clearly want Brexit to be the defining issue of this election. But general elections decide multiple aspects of people’s future lives. They dictate, for example, people’s ease or difficulty in accessing housing, food, education, support, and adequate healthcare. Indeed, these days, elections help decide the very future of the planet.

As Johnson knows well, his party has spent the last nine years building a society in which these necessities are denied to or limited for vast swathes of people. And it’s only right that this appalling record should haunt him on the campaign trail.