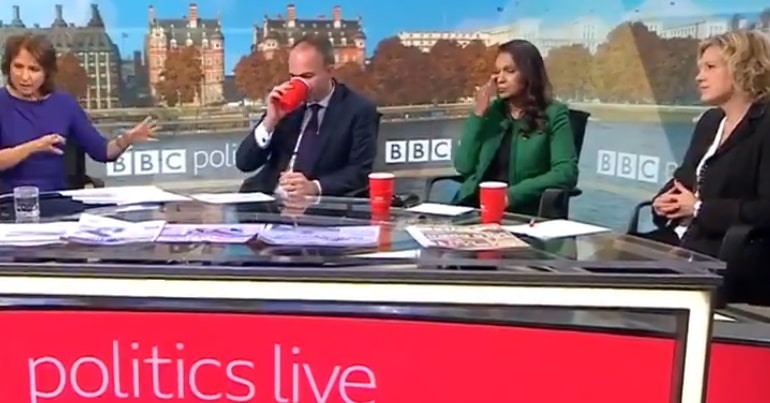 “You are making it up”

Parker was responding to the Conservatives attacking Labour for planning to invest in the UK. On the BBC, Conservative MP Helen Whately attacked Labour’s plans, saying “we know Labour is going to go on a reckless spend-a-thon”.

But Parker wasn’t having it:

You can't defend this stuff.pic.twitter.com/BuP84jWm6V

You are making it up. It’s really shameful. You do a great disservice to the British electorate with this performance…

we already know what your government has brought… ten years of austerity, wage stagnation, schools having whip-rounds to pay for books, NHS – now, there’s a shortage of 43,000 nurses.

So we know what the Tory economics look like. I think you should wait, see our manifesto – which will be fully costed as it was last time, unlike yours, which wasn’t – and then we can have the discussion again. In the meantime, it’s worse than fake news –

But host Coburn cut her off, asking the Conservative MP:

Labour is planning to echo its 2017 plans for a huge investment programme. And the party has exempted 95% of the UK public from tax rises. Economic inequality is so polarised that you only need to raise extra taxes from people who earn above £80,000 per year. Under Labour, if you earn £81,000, for instance, you will be taxed just £50 more per year.

Case in point: the UK’s richest 1,000 families have increased their wealth by over £500bn since the 2008 financial crash, while the majority of us have faced brutal austerity cuts.

Despite being hugely outnumbered, Parker dominated Politics Live with common sense. Those fed up with a corrupt status quo might just swing this election yet.