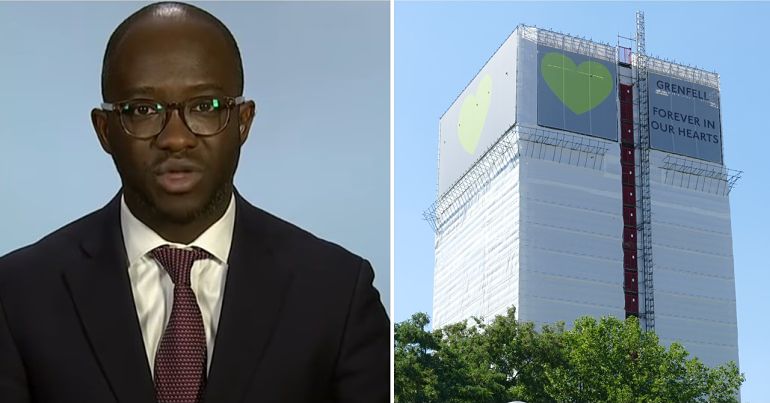 Lib Dem MP Sam Gyimah, who was a Conservative minister in December 2018, is essentially using the Grenfell tragedy to spread lies about Labour.

Gyimah is trying to blame an anti-austerity Labour Party for the fire, particularly local MP Emma Dent-Coad, who was elected days before the fire:

Emma Dent Coad was on the council [before becoming an MP] and was part of all the discussions that went on in terms of the cladding.

If we’re going to get into the blame game I think this is a very complicated one and to say ‘Oh the cause is Tory government’ [is wrong]. The council is responsible and there are Labour councillors on there that could of stopped some of the decisions and didn’t

It’s over two years since the tragic Grenfell Tower fire killed 72 people on 14 June 2017, and 1,700 buildings could still fail fire safety tests. And it’s not just the Conservative government’s failure to act after the fire that raises alarm bells. It was the Conservative and Lib Dem coalition cuts and deregulation that paved the way for the tragedy in the first place. For instance, in 2012, the coalition removed important fire regulations from the London Building Act.

It’s no wonder Gyimah is trying to shift blame from the Conservatives. He was elected as a Tory in 2010, but has now switched to the Lib Dems.

It is absolutely sickening that Sam Gyimah is trying to shift the blame for the horror of Grenfell away from austerity, which was imposed by his former party the Conservatives and supported in coalition by his current party the Lib Dems.

Labour councillors, working with the community, repeatedly raised concerns about cost-cutting by Kensington Tories, and residents were ignored when they said this was a tragedy waiting to happen. Sam Gyimah trying to mislead the people of Kensington proves that you cannot trust either the Tories or the Liberal Democrats, and if you vote Lib Dem, you get Boris Johnson.

The coalition government didn’t act. That’s despite fire safety experts long warning about the risks of combustible cladding. And, even after the tragedy, Johnson’s government isn’t putting safety precautions in place. Flammable material such as high pressure laminate (HPL) cladding still covers buildings across the UK, putting an estimated 196,000 residents at risk. The government has pushed back the deadline for merely inspecting almost 2,000 buildings until 2021.

Gyimah is a former Tory minister standing as a Lib Dem in a marginal seat. He could potentially split the anti-Tory vote, thereby enabling a Conservative victory. MPs should not be able to play musical chairs with parliamentary seats in this way. It’s an insult to the UK public.

But a far greater insult is Gyimah’s shameful exploitation of the Grenfell tragedy to spread lies about Corbyn’s Labour. Only the regulation and funding Labour is promising can prevent more horrific incidents in the future.