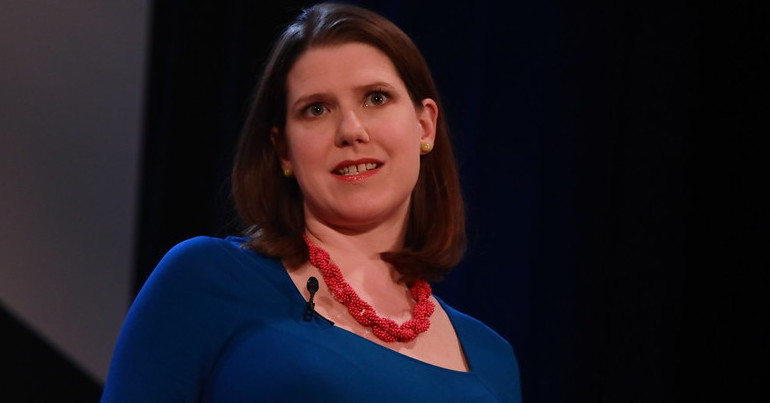 “It’s time to do what’s right”

In the 2017 election, Duffield won the seat by 187 votes. So it’s a key marginal seat. The Lib Dems, meanwhile, only won 8% of the vote and are unlikely to win Canterbury. As Walker explained in the Guardian:

Some things are bigger than party politics. And with the Tories in an unholy alliance with Farage, it’s time to do what’s right. …

while I was confident I could substantially increase the Lib Dem vote on the back of my party’s national resurgence, it was clear there was a danger I’d divide the remainers. That would allow in our common enemy, Anna Firth, the Tory candidate and an avowed hard Brexiter and former Vote Leave stalwart.

Communication between Walker and Duffield was dignified and gracious:

Thanks, Rosie. I'd never have wanted it on my conscience I'd stopped you from continuing to represent Canterbury -and fighting so magnificently for the Remain cause. Good luck! https://t.co/FzNlg8Lhzg

Then Swinson stepped in.

Given Swinson’s alleged pledge “to stop Brexit altogether”, alongside the Unite to Remain campaign with the Greens and Plaid Cymru, you’d think she’d support Walker. But no.

A Lib Dem spokesperson insisted Walker would be replaced. But all four potential replacements in Canterbury refused to stand.

Deadline to select a new candidate is Thursday. There are four local Lib Dems who are approved candidates but not a single one is willing to stand. So the national party would have to impose a candidate on Canterbury from outside. I’m told “they wouldn’t get a warm welcome”. 3/

All of this points to the mess the Remain alliance is in. In failing to team up with Labour Remainers, local campaigners from Lib Dems and probably from Greens/Plaid feel torn. 5/

And many people saw right through Swinson. Because not only might this move help Johnson, it seems clear her aim isn’t stopping Brexit. It’s stopping Jeremy Corbyn:

A Lib Dem candidate stood down in Canterbury to give the pro-Remain Labour candidate a better chance at fending off a Tory Brexiteer.

The Lib Dem leadership have decided to simply field another. Why?

Genuinely unbelievable. Canterbury’s Lib Dems are literally refusing to stand and the national party is threatening to impose someone on them. It would be hard to imagine a more damaging or counter-productive move from a party which claims to want to stop Brexit. https://t.co/Iml1Dyc38L

I can hear a few pennies dropping as people realise that for Jo Swinson, it isn’t about stopping Brexit. It never has been.

If you switch from Labour to the Lib Dem’s, it serves no purpose other than an early Xmas gift for Johnson.

I've been campaigning hard for the @LibDems. But if they put up a candidate to replace Tim Walker in Canterbury I won't be able to do that any more. Most Remainers will never forgive a party that pisses so cruelly on hopes of cooperation@joswinson @LaylaMoran @thomasbrake

Just heard on @Channel4News that the @LibDems are fielding another candidate after Tim Walker stepped aside!! I’m flippin done!! You have lost the confidence of your membership @joswinson!! Please!! Be the bigger person!! I’m absolutely furious!!

Walker and Duffield want to stop a Tory. But what does Swinson want?

Her latest power move suggests that she may well be lining up for a future pact with the Conservatives. If she does so, that enables Johnson’s hard Brexit. So it also implies that most of what she says about Brexit may be utter tosh.