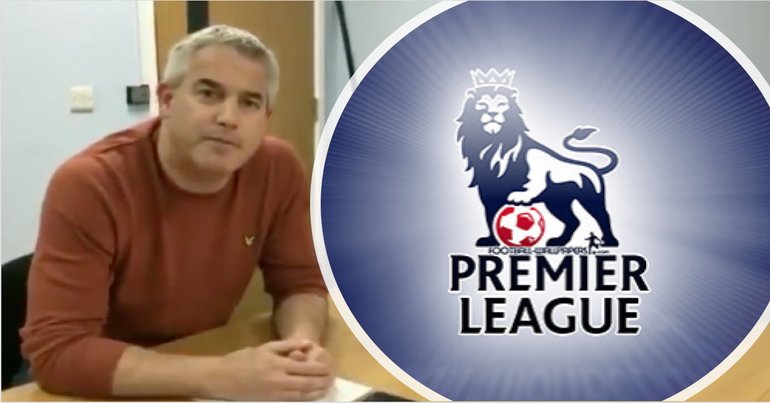 Brexit secretary Steven Barclay has released a video on social media making an astonishing claim about the benefits of Brexit. Barclay promises Brexit will mean we can invite more players from Brazil, Argentina, or Africa to join the UK Premier League. It’s a complete lie, and people can’t stop laughing about it.

According to Barclay, the government’s alleged lack of control over immigration is impacting football’s Premier League. He said:

So we’ll actually have much more say as to where we recruit players from. Do it on talent, rather than it being because they’re in Europe, as opposed to the rest of the world.

There is so much wrong with this that Barclay may be going for a record. First, Africa is a continent, not a country like Brazil or Argentina. We should be able to take this basic knowledge for granted. But given the absence of such knowledge in the rest of the video, let’s assume nothing.

Second, there is no EU rule stipulating that UK football clubs have to recruit European football players. This is not a thing. And so this video is entirely pointless:

Do we want more players in the @PremierLeague from Brazil, Argentina or Africa compared to the EU? Or more English qualified players to strengthen the national team @FA? What would you rather see? The key opportunity of Brexit is that we will get to decide ⚽️ pic.twitter.com/QSJ6jwjfpY

If the video hadn’t been sent from Barclay’s official Twitter account, we might have assumed it was a parody. All-day, people have been shocked to the point of laughter by the Brexit secretary’s attempt to sell such a barefaced lie. Footballers, politicians, the media, and the public – no one could restrain themselves from commenting on the stunt:

Divisive, misleading nonsense from the Brexit Secretary. EU law does not affect the number of non-EU players in football clubs in the UK. https://t.co/o7bEzx625B

This man is an actual moron. https://t.co/dvegKJuB2K

.@SteveBarclay you know very well that the UK has full control over non-EU immigration policy. Any limits on players from Brazil, Argentina and Africa are set by us.

You are the Secretary of State for Brexit. Shame on you for such a facile and bare-faced lie. https://t.co/OiEVPmMddZ

And if anyone out there actually believes Barclays easily-disprovable lie, I’ve got a unicorn to sell you.