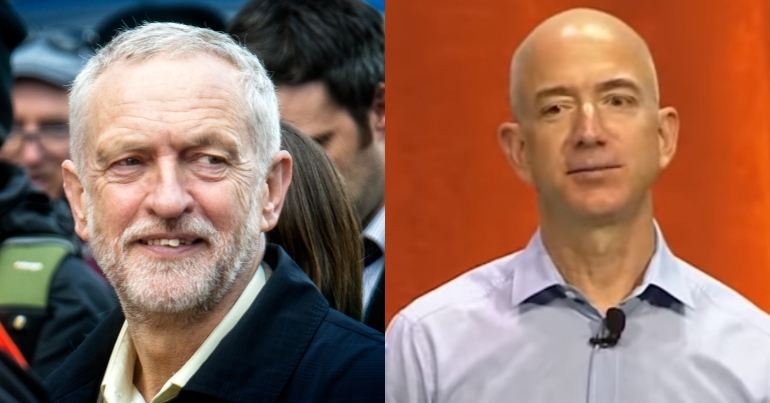 On 22 November, Amazon CEO and arguably the richest person in the world Jeff Bezos announced a donation of $98.5m to help homeless people. But Labour leader Jeremy Corbyn saw past this supposedly generous act and he made it clear what Bezos must do:

Corbyn is far from alone

Many other people also saw through Bezos’ stunt, so they took to social media to tell people about it: 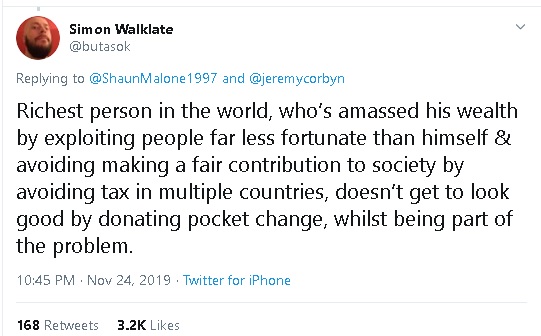 And those who couldn’t get what the problem was were soon put straight:

Amazon pays little or no tax

Corbyn’s tweet is in keeping with his taxation policy. He warned multinational companies they will have to pay their fair share of tax on all UK operations. Labour believes this will raise £6.3bn for the exchequer in 2024.

Along with shadow employment rights secretary Laura Pidcock, Corbyn plans to clamp down on “enablers of tax dodging”. That seems pretty simple.

And while Bezos has pledged $2bn to his Bezos Day One Fund that funds “the work of organizations who help homeless families”, it may not be quite as favourable as it seems.

To begin with, funds such as the Day One suggest it’s acceptable for private donors to tackle the problems of poverty and homelessness as they see fit. But really that’s the job of democratically elected officials. Elected officials are there to make decisions for the greater good, not for the sake of profit or corporate image-polishing.

Secondly, Amazon used its influence in Seattle to kill legislation aimed at tackling homelessness in the city. And despite Bezos’ involvement with not-for-profit organisations in Seattle, the problem of homelessness has worsened. 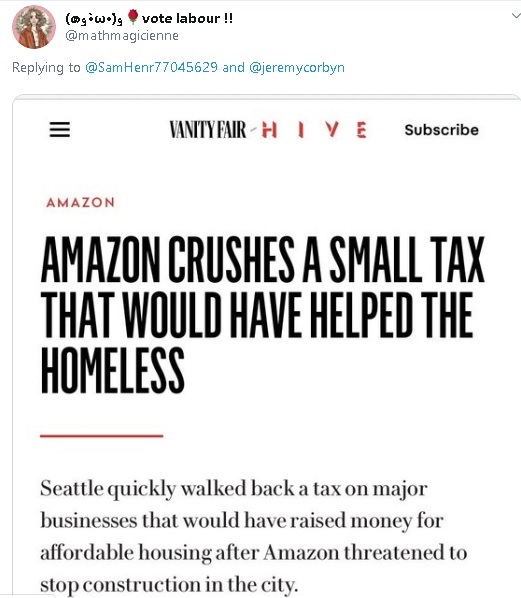 It’s too serious a problem

Poverty and homelessness can’t be solved through opportunistic donations from philanthropists. It’s far too serious for that. Bezos is unelected, and his track record suggests he’s driven by profit, not the common good. Instead, these serious problems need to be tackled by elected officials who have the needs and interests of the many at heart. And to do so, everyone must pay their fair share of tax.