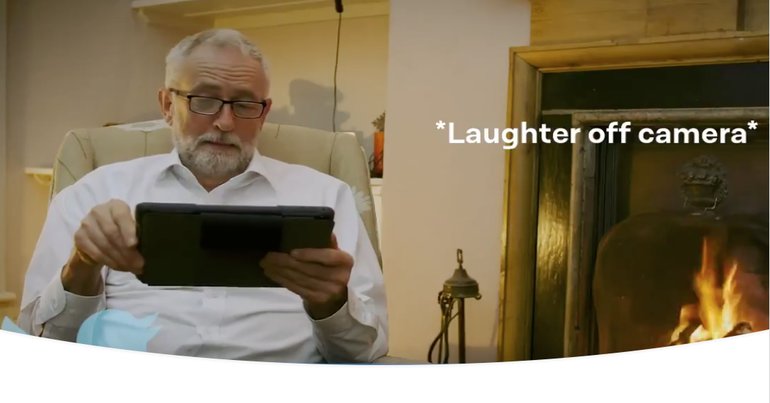 A very unmerry christmas election has been cheered up a bit by Jeremy Corbyn. A fireside video shows the Labour leader reading out and responding to mean tweets about himself. And with almost 2 million views in 24 hours, it looks like Corbyn is onto a winner.

Normally we see celebrities doing YouTube stints on their mean tweets. But none of them have faced the abuse that Jeremy Corbyn handles on the daily. And it’s hard to imagine having such a sense of humour about it. But Corbyn manages to somehow.

This was surprisingly fun. pic.twitter.com/Tjl60l70bl

The video shows Corbyn sitting by a fire, reading out tweets from an ipad. One tweet reads:

What is a commie hat? I wear a cap!  It’s a bit like when I was told I was riding a Maoist bicycle. It’s a bicycle!

And if anyone thinks Corbyn was embellishing, he isn’t. He can’t even ride a bicycle without the Times declaring a communist conspiracy.

Yeah there is [a magic money tree]…In the Cayman Islands!

Given the UK is losing £90bn a year thanks to people not paying their taxes, the Cayman Islands tax haven would be a good place to start looking. After all, research from 2017 showed scrapping tuition fees would only cost £8bn a year.

Can someone tell me who Jeremy Corbyn is?

To which the Labour leader responds:

The next prime minister

And high fives the room.

In an election where most party leaders have failed to even approximate humanity, this was a reminder of why Corbyn inspires so many. Boris Johnson is a one-man bullshit machine. And Jo Swinson seems to malfunction on contact with humans. Against that backdrop, Corbyn’s down-to-earth natural style is – to speak plainly – really bloody refreshing.