Rain or shine, car or no car - there's extra help to make sure you can vote - Canary 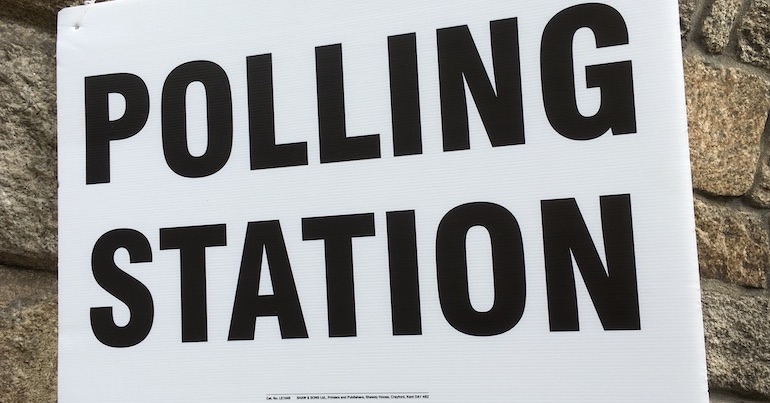 On 12 December, we get to vote for a new government. This is the first December election since 1923. As a result, there are concerns this may cause problems for some people trying to get to polling stations. But there’s help at hand, and everyone can vote regardless of their personal situation, age, or health. Equally, even if the weather is terrible, there’s still help.

Get Out The Vote!

On election day, Labour activists and volunteers around the country will be on hand to Get Out The Vote (GOTV). People can register for many voluntary jobs “from door-knockers, to drivers to tea-brewers”. And while all these roles are important, in December, offers of lifts to the polling station could prove absolutely crucial.

For people who don’t drive, anyone with a disability or illness, pensioners, and people living in rural areas, getting to the polling station could prove difficult.

But the huge grassroots campaign behind Jeremy Corbyn is stepping in to help.

Paul Farmer is standing as the Labour candidate in the Cornish marginal of Camborne and Redruth. He told The Canary what a vital role volunteers play in this election:

I am really amazed and grateful. We have over 150 volunteers for polling day. Some coming from as far as London to work with our fantastic local team. We even have an off-duty NHS paramedic coming from Somerset with a people carrier to help get people to the polls.

This is a pattern mirrored across the country as communities and individuals come together to help each other. If you, or anyone you know, may find it difficult to make it to the polling station, contact your local party on Facebook, Twitter, or via email, and someone will be there to help. And if you’ve the time to offer help as a volunteer, there’s still time to sign up.

According to research by JustPark, “three in five people” (62%) think that shorter winter days and the weather may impact on voting turnout. As a result, it estimated that 20% more people may drive to polling stations than usual. In addition:

with two-thirds of voters (66%) concerned about the ability of elderly, disabled or pregnant people getting to polling stations, the need to drive may be higher than ever.

I am pleased to be part of a campaign that aims to get more people voting on December 12th. This will be the first December election for 96 years and for the elderly and infirm in particular, there will be real worries about the cold and dark conditions. Being able to park, free of charge, close to the polling station will make a significant contribution to voter turnout.

Anyone using this offer could also help out friends, neighbours and their communities and carshare to polling stations.

Although the Tories may have billionaire backers behind them, what they lack is the incredible sense of grassroots community spirit that’s been behind Corbyn since he became Labour leader. This election may fall on a cold, wet day in December, but together we can make sure that everyone has the chance to vote.