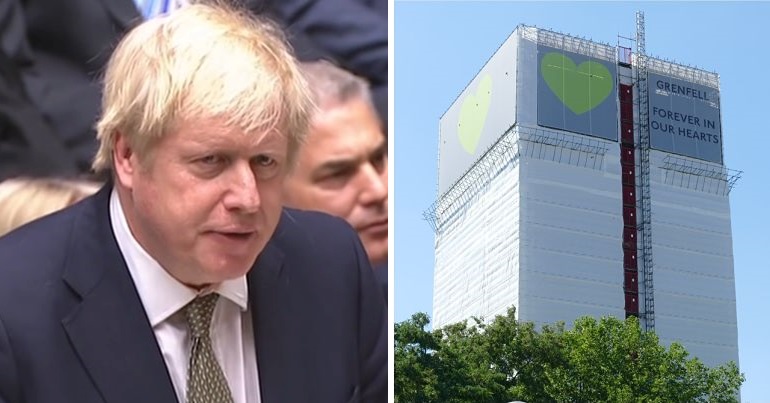 Boris Johnson has faced widespread criticism for a decision described as a “slap in the face” to the victims of the horrific Grenfell Tower disaster, which killed 72 people in June 2017.

On 16 January, the Guardian revealed that:

Johnson chose Benita Mehra, who previously headed “an organisation that received a £71,000 grant from the charitable arm of Arconic, the US conglomerate that made the aluminium composite cladding panels used on Grenfell”. As the Guardian continued, the Grenfell inquiry:

has already found that Arconic’s polyethelyne-filled panels were “the principal reason why the flames spread so rapidly up the building”.

Boris Johnson should reverse his thoughtless decision to appoint Benita Mehra to the Grenfell Inquiry and apologise – @JohnHealey_MPhttps://t.co/gDQcGpzp5M

The survivors and bereaved families of Grenfell did not fight for a Panel Inquiry for it to end up like this.

She has to go. Boris Johnson must act.https://t.co/cG3vDI5EiP

Scandalous. Grenfell survivors are right to describe this appointment as a 'slap in the face'. Mehra must stand down so there is no conflict of interest. The 72 who died in the fire deserve justice. 💚 https://t.co/6BPUJ8FRlM

Any perception of bias at a time when there needs to be the most searching scrutiny of Arconic undermines trust and confidence. Yet again, the inquiry process is found wanting and it is those most affected left fighting for an inquiry that can deliver truth and accountability.

Boris Johnson has told Grenfell survivors he will investigate the role of a key member of the public inquiry after the Guardian revealed she had links to the company that made the tower’s cladding https://t.co/KkYrCGopuw

Others, however, seem to have little faith that Johnson will genuinely deal with the issues at play:

There's a clue here. The corporate world controls professional associations through funding. When inquiries like the Grenfell one need professionals to assess corporate malfeasance, invariably the professionals are already in the pocket of the corporations https://t.co/cdWiw0zat9

#Grenfell and the
national cladding scandal – no sign of being resolved:

Scores of tower blocks with Grenfell-style cladding have no plans in place to remove flammable material, figures show https://t.co/k259zNoifE

“It shames Conservative ministers that after promising to pay for flammable cladding removal nine months ago, the government has only funded a single private block, leaving hundreds still covered.” – @LabourSJhttps://t.co/FmBUkLdhCX

The inquiry into the Grenfell disaster has already faced widespread criticism. And Johnson’s highly controversial choice is not doing anything to increase people’s confidence in the process.

Grenfell victims and their families deserve justice. But they’re currently not getting any. We must all stand alongside them in solidarity as their struggle continues.